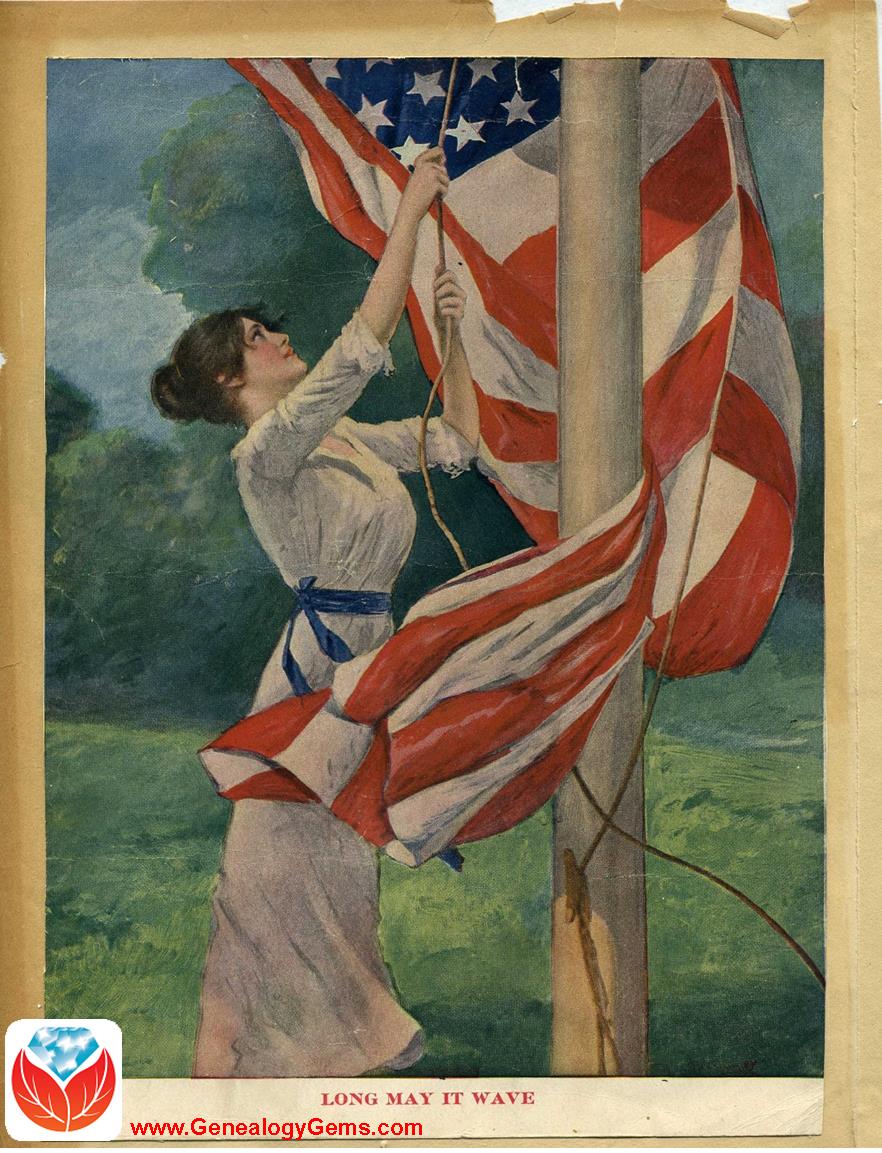 To commemorate the centennial of the First World War, and to mark the last full month of the exhibition Myth and Machine: The First World War in Visual Culture, the Wolfsonian at Florida International University (FIU) created a special Tumblr for sharing family stories, WWI memorabilia, and genealogy research tips called #GreatWarStories.

I first crossed paths with FIU’s Digital Outreach Strategist Jeffery K. Guin in 2009 when he interviewed me for his Voices of the Past website and show. Jeff was an early innovator in the world of online history, and he’s now brought those talents to the Wolfsonian, a museum, library and research center in Miami that uses its collection to illustrate the persuasive power of art and design.

The Wolfsonian team of historical sleuths is inviting the public at large to help them unearth the forgotten impact of the Great War by posting family facts, anecdotes, documents, and photographs. They were inspired by their current art exhibition Myth and Machine: The First World War in Visual Culture which focuses on artists’ responses to the war. They hope that #GreatWarStories project at Tumblr will be a “living, breathing digital collection of personal WWI stories, photos, documents and letters compiled in remembrance of the transformational war on the occasion of its centennial.”

Jeff asked me to join in on this buy add medication online history crowd-sourcing effort, and it was easy to comply. Several years ago  in going through the last of my Grandmother’s boxes, I found a booklet she had crafted herself called The World War.As a high school student, and daughter of German immigrant parents she set about gathering and clipping images from magazines and newspapers, depicting this turning point in history. I’ve been anxious to share it in some fashion, and this was my opportunity. Here is the result:

Do you have a piece of World War I history hiding in our closet? Why not join in this experiment in storytelling, sharing and curating, and share World War I family history?

Here are some ways you can contribute:

To see the living, digital collection, visit http://greatwarstories.tumblr.com. If you would like to participate, send an email to greatwarstories@thewolf.fiu.edu and the Wolfsonian team will be in touch to discuss storytelling ideas.