The new featured title of our genealogy book club has been announced. We’re guessing this NYT-bestselling British novelist will win your heart, if she didn’t already with her

A smart young woman who’s traveled the world finds herself suddenly in a much more provincial setting: East Sussex, England. She spends the summer distracted by petty local politics, financial frustrations and the beginnings of a possible romance. Then the Great War begins–not so far from her new home.

That’s the premise of British author Helen Simonson’s new novel, The Summer Before the War, and our newest Genealogy Gems Book Club title. Those who have been waiting for Helen’s follow-up to her stunning debut, Major Pettigrew’s Last Stand

, won’t be disappointed. Her first book became a New York Times bestseller and has been translated into 21 languages. The Summer Before the War is another great read: light and charming, with a dash of romance and humor, a lovable heroine and a compelling historical setting. It’s so easy to read and love this book!

It’s the early 1900s, and main character Beatrice Nash has recently lost her father. The estate settlement lost her control over her own funds and freedom. She comes to a small English town as a Latin teacher and must mind her manners and local politics to keep her job. Beatrice meets a man and the appeal appears mutual, but he’s already engaged.

This isn’t just Beatrice’s story, though. You’ll meet an entire buy psoriasis medication online village full of charming and irascible and expatriate and unconventional and way-too-conventional and mysterious characters, including the local gentry and the local gypsies. They all have their own stories, which unfold as they begin to experience the first great shock of the 20th century close-up: World War I. First it’s the stunned refugees who take refuge in their village. Then locals begin enlisting. Eventually you’ll see the battlefront through their eyes, but not all of them may make it back to the town that to Beatrice is becoming home. 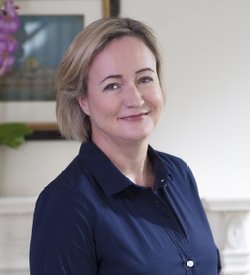 Despite the awful realities her characters face, Helen Simonson somehow writes a novel that is easy and enjoyable to read. I ask her how she did that–and lots of other questions–in an exclusive interview coming this June on the Genealogy Gems podcasts. You’ll hear more about the idyllic setting she chose and her personal connection to it; how she researched the historical setting; and what it’s like to be an emigrant who longed to leave home and now misses it dearly.

Get Your Copy & Support the Free Podcast Featuring Author Interviews

So snatch up a copy from our links here (which support the free podcast–thank you!) or your local library. And let us know what you love about it!

Get the Kindle ebook – The Summer Before the War: A Novel

Get the print book – The Summer Before the War: A Novel