ALABAMA COUNTY MARRIAGES. Over 700,000 names have been added to FamilySearch’s index of Alabama county marriage records (1809-1950). Some of the index entries have images.

IOWA HISTORICAL JOURNALS. The State Historical Society of Iowa has posted back issues of The Annals of Iowa dating to 1863. This is a quarterly, peer-reviewed historical journal. Use the search box to see whether your Iowa ancestors, hometowns or other family connections (schools, churches, friends, etc) are mentioned in more than 150 years’ worth of articles.

RUSSIAN WWII SOLDIERS. According to this article, “Thanks to a new online state initiative, families of Russian WWII combatants…are now able to give their forebears the recognition they deserve, 70 years on. The Zvyezdy Pobedy project, organized by the Rossiyskaya Gazeta newspaper, allows the descendants of those who fought in the Red Army in WWII to find out whether their ancestors were among the recipients of over 38 million orders and medals awarded during the war….There are more than 8,200 names listed in the database, which can be read in Russian at rg.ru/zvezdy_pobedy.”

U.S. CIVIL WAR RECORDS. These aren’t new, necessarily, but until April 30, Civil War records on Fold3 are FREE to search! Among the 43 million items are (of course!) military records, personal accounts, historic writings, photographs and maps. Both Union and Confederate records are represented.

Google tip of the week: Need to read web text in Russian or another language you don’t know? Use Google Translate to translate short passages or even entire webpages! Copy text or a URL (for full page translation) into the left box, then click English and Translate on the right. You can even play back an audio version of the foreign text to hear how it sounds! Learn more in Lisa Louise Cooke’s The Genealogist’s Google Toolbox. The 2nd edition, newly published in 2015, is fully revised and updated with the best Google has to offer–which is a LOT.

Here’s your opportunity to research your Civil War ancestors for free at Fold3:

“To remember the commencement of the Civil War in April 1861, Fold3 invites you to explore all records in its Civil War Collection [http://go.fold3.com/civilwar/]for free April 14–30. 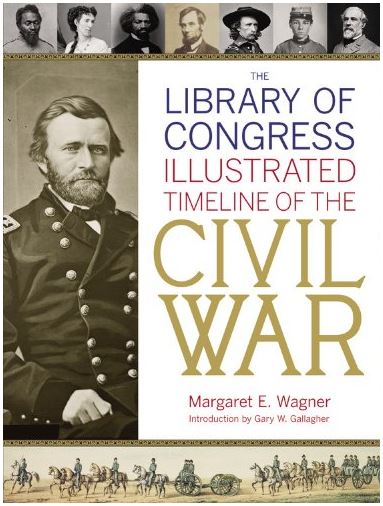 Join Fold3 in its commemoration of the Civil War. Discover information on famous participants as well as your own Civil War ancestors through documents, photos, and images that capture the experiences and vital information of those involved in America’s deadliest conflict. Then commemorate your ancestors by creating or expanding memorial pages for them on Fold3’s Honor Wall [http://www.fold3.com/wall/]. Get started searching the Civil War Collection here [http://go.fold3.com/civilwar/].”

Many Americans have ancestors who lived through the Civil War: many have roots in both the North and South. Few families, whether they sent soldiers away or not, were untouched by this conflict that claimed an estimated 620,000 lives and freed millions of American men, women and children from slavery.

Do You have a friend who would enjoy this article?
Copy & Paste this address into your email to them:
https://test.lisalouisecooke.com/2014/02/research-civil-war-ancestors/