Lisa will be there–will you?

Lisa Louise Cooke will be a featured speaker for this conference along with The Legal Genealogist Judy G. Russell. Here are the lectures she’ll be giving:

Click here for the program brochure. For online registration and to pay by credit card, go to the NERGC website. 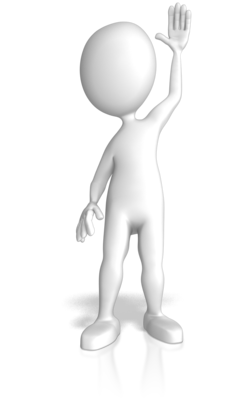 “The Federation of Genealogical Societies (FGS) is pleased to announce an invitation for FGS Ambassadors. If you are a blogger, social media enthusiast, writer, editor, or in any way interested in spreading the word about the FGS 2015 Conference, FGS is looking for YOU.

The 2015 FGS Conference scheduled for February 11–14 in Salt Lake City, Utah, will be a one-time special event with RootsTech. FGS Ambassadors will blog, share, like, +1, and tweet to spread the news about this unique FGS conference to their friends, colleagues, and everyone interested in genealogy.

Benefits to FGS Ambassadors include: 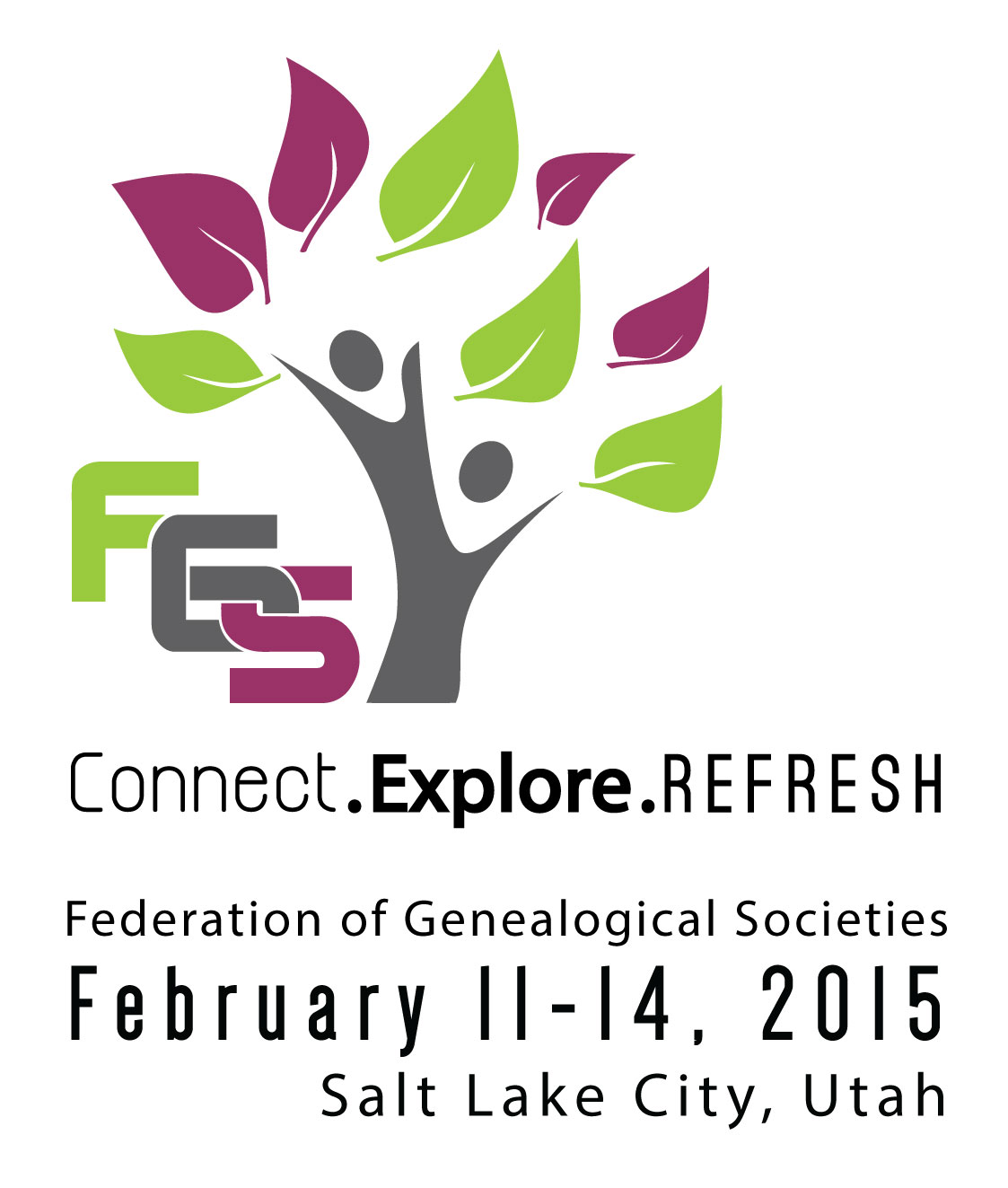 Having a genealogy blog or planning to attend the FGS 2015 conference are not requirements for participating.

Visit FGS Ambassadors at https://www.fgsconference.org/media-center/ambassadors/ to review the full guidelines for participating and to register as an FGS Ambassador. Please register by October 8, 2014.”

Registration opens TODAY for the Federation of Genealogical Societies FGS 2015 conference scheduled for February 11–14 in Salt Lake City, Utah. This highly anticipated genealogy event puts the FGS and RootsTech conferences under one roof at the Salt Palace Convention Center (SPCC).

Registration opens with a special early bird price of $139 for a full FGS conference registration. That pricing is available through September 12, 2014. Attend only FGS or add-on a full RootsTech pass for an additional $39. Click here to register.

“FGS 2015 will undoubtedly be part of the largest family history event in North America,” says D. Joshua Taylor, President of FGS. “We are delighted to partner with RootsTech to bring the best of tradition and innovation to the family history community.”

I hope I’ll see YOU among the FGS/RootsTech crowds in Salt Lake City in February. Here are the presentations I’ll be giving:

Wednesday, 10:45 am – How the Genealogist Can Remember Everything with Evernote

In our first segment, our guest is the longtime online news anchorman of genealogy, Dick Eastman, the author of Eastman’s Online Genealogy Newsletter. He talks about the changing industry and the benefits of attending genealogy conferences.

You can order a copy of the application that your ancestor filled out when they applied for a Social Security Number: the SS-5. I have done this, and they really are neat, but they aren’t cheap. So let’s talk about the facts you’re going to find on them so you can determine if it is worth the expense.

The SS-5 has changed slightly over time, but may include the applicant’s name, full address, birth date and place and BOTH parents’ names (the mother’s maiden name is requested). If your ancestor applied prior to 1947 then you will also very likely find the name and address of the company they worked for listed, and possibly even their position title.

Here’s an example of a Social Security application form:

In the 1970s, the Social Security Administration microfilmed all SS-5 application forms, created a computer database of selected information from the forms, and destroyed the originals. So it’s important to order a copy of the microfilmed original, rather than a printout or abstract from the Administration’s database. And luckily now you can request a Social Security Application SS5 Form online under the Freedom of Information Act.

It will help to have your relative’s Social Security Number (SSN) when you apply for a copy of their SS-5. First, it gives you greater confidence that their SS-5 exists. Second, it’s cheaper to order the SS-5 when you have their SSN. Third, the Social Security Death Index, in which you’ll find their SSN, usually has death data that makes your application for their SS-5 stronger. Privacy concerns have caused some genealogy websites to pull the SSDI, but you can still search it (in many instances for free) at the links provided in Episode 3.

Finally, here’s a little background on the Social Security Number itself. The nine-digit SSN is made up of three parts:

The first set of three digits is called the Area Number. This number was assigned geographically. Generally, numbers were assigned beginning in the Northeast and moving westward. So people whose cards were issued in the East Coast states have the lowest numbers and those on the West Coast have the highest numbers.

Since 1972, when the SSA began assigning social security numbers and issuing cards centrally from Baltimore, Maryland, the area number assigned has been based on the ZIP code of the mailing address provided on the application for the card. And of course, the applicant’s mailing address doesn’t have to be the same as their place of residence. But in general the area number does give you a good lead as where to look for an ancestor.

The next two digits in the number are called the Group Number, and were used to track fraudulent numbers.

The last set of four digits is the Serial Number, and these were randomly assigned.

UPDATE: The website for ordering Social Security applications (SS-5s) has changed since the podcast first aired. For current ordering instructions, including online ordering, click here. The cost is still $27 to order a deceased relative’s SS-5 if you know the Social Security number and $29 if you don’t know it.

After 1937 folks who qualified to apply for social security had to have proof of their age. If they were born prior to official birth certificates being kept in their state, they applied for a delayed birth certificate.

In order to obtain a delayed certificate, they had to provide several pieces of evidence of their age. If these are considered satisfactory, the government would issue the certificate and it would be accepted as legal proof of birth by all U.S. government agencies.

Originally people turned to the census for proof of age. But eventually the Social Security Administration began to ask for birth certificates. For folks like my great grandmother who was born at a time and place where birth certificates were not issued, that meant they had to locate documents that could prove their age and allow them to obtain a delayed birth certificate. Delayed just meaning it was issued after the time of the birth.

Delayed birth certificates are not primary sources. (Remember we talked about Primary Sources in Episode 2. Since the delayed certificate was based on other documents, and not issued at the time of the event by an authority, such as the attending physician, then it is not a primary source. This means that while it’s great background information, it is more prone to error. In order to do the most accurate genealogical research you would want to try to find a primary source if possible. Chances are your ancestor used another primary source, such as an entry in the family bible, to obtain the delayed birth certificate.

The process for ordering a delayed birth certificate is likely going to be the same as ordering a regular birth certificate. You would start with the checking with the county courthouse, and then the Department of health for the state you’re looking in. Let them know that the birth record is a delayed birth certificate. Also the Family History Library card catalogue would be a place to look as many were microfilmed. Go to www.familysearch.org and search for delayed birth records by clicking on Search from the home page. Then click Catalog and do the keyword search just as the episode instructs, using “delayed birth” as your keyword. (Within that search, you can also add parameters for the place name.)

So the lesson here is that even though your ancestor may have been born at a time or in a location where births were not officially recorded by the state, they may very well have a delayed birth certificate on file.

As I said before, the death certificate is going to be able to provide you with a wealth of information. Of course you’ll find the name, date of death and place of death, and possibly their age at death and the cause and exact time of death, place of burial, funeral home, name of physician or medical examiner and any witnesses who were present. The certificate is a primary source for this information.

You may also find information such as their date and place of birth, current residence, occupation, parent’s names and birthplaces, spouse’s name, and marriage status. But because this information is provided by someone other than the ancestor themselves it is really hearsay, and the certificate is considered a secondary source for that information.

And lastly you may find a name in the box that says Informant. This is the person who reported the death to officials. Informants are often spouses, children, and sometimes, depending on the person’s circumstances, just a friend or neighbor. But the informant is almost always someone that you want to investigate further because they obviously were close to your ancestor.

Once you think you know the location where your ancestor died, and the approximate if not exact death date, you’re ready to order a certificate. If the person died in the last 50 years you’ll probably have really good luck at the county courthouse Department of Vital Records. The older the record, the more likely it may have been shipped off by the county records department to the state Department of Health. Look for helpful links to death records at Cyndi’s List Death Records.

Here are some tips that will ensure that you don’t get bogged down in bureaucratic red tape:

In the case of very old death certificates, as well as birth certificates, some state agencies have opted to hand them over to state Archives and Historical Societies, or at least make them available for digitizing.

And there you have it, lots of different avenues for tracking down your ancestor’s death records providing you with key information for climbing your family tree.