A female census taker interviews a mother and child for the 1950 US Census. Image courtesy of the US Census Bureau, found at Flickr Creative Commons, https://www.flickr.com/photos/uscensusbureau/5020542240/in/photostream/.

There’s a story behind every census record. In fact, there are as many stories as there are names on each census page. This is true not just for people being enumerated, but also for the census-takers themselves.

I was reminded of this by Joanne, author of the Researching Relatives blog. She wrote in response to a blog post I wrote about a census taker a few months ago:

“Thank you for inspiring me with one of your posts from October. I never paid attention to the census takers until I read your post, and then I went back and looked at some random pages and found two female census enumerators.”

Of course I went right to her blog. She says she looked through random census entries about her relatives without finding anything special. Then, “In the 1930 census, the enumerator was Anna M. Allen and, in 1940, it was Bessie Dorgan. I’m guessing that female census takers weren’t that unusual, but it still caught me by surprise. So like Lisa, I wanted to find out more.” She put her research skills to work and learned more about these women and their roles as providers for their family. Click here to read more about her discovery.

Do you blog about your family history? Have you ever blogged about a discovery made in response to a tip you got from Genealogy Gems? I’d love to hear about it! Learn more about blogging your family history in my FREE Family History Made Easy podcast, episodes 38-42. Learn how-tos and get inspired by the stories of others who are sharing their family history discoveries online!

” The View-Master first appeared in 1939 at the New York Worlds Fair. My View-Master Model C, pictured here, was produced between 1946 and 1955. It was made from bakelite and was the first viewer to have a slot into which the reels were placed for viewing. Believe it or not, all reels made for any view master will work in any model from 1939 to present.” Image by Jack Pearce, Flickr Creative Commons. Image used without changes; find it at https://www.flickr.com/photos/jwpearce/10725366513/.

Did you have a View-Master toy as a kid? Using these stereoscopic viewers (long before kids had cameras of their own), children could see pictures of any topic from Disney to dinosaurs to the 1958 World’s Fair in Brussels. According to a collector, whose image is posted here, “all reels made for any View-Master will work in any model from 1939 to the present.”

Well, this decades-only technology is about to get boosted into the 21st century. According to this news report, “Mattel is teaming up with Google on an upcoming virtual reality-based View-Master that is infused with Google Cardboard VR technology.”

“The Cardboard-based View-Master…will share some design elements with vintage View-Masters, but instead of dropping in a reel, you slide an Android smartphone into the unit. View-Master will work with a custom Mattel app, as well as any Google Cardboard-compatible app, of which there are now about 200 in the Google Play Store.”

. (Thank you! Purchasing from these links helps support the Genealogy Gems podcast and blog.

Did you know that nostalgia buffs (and anyone else) can search Google Patents for fun objects like the View-Master? Click here to see the original patent application materials for the 1939 View-Master, including a design drawing of that first model. Here’s a tip: if your ancestor ever applied for a patent, search Google Patents for his or her name! Learn more about Google Patents–and other fabulous and FREE Google tools you can use for family history–in the new, fully-revised 2nd edition of The Genealogist’s Google Toolbox by Lisa Louise Cooke. 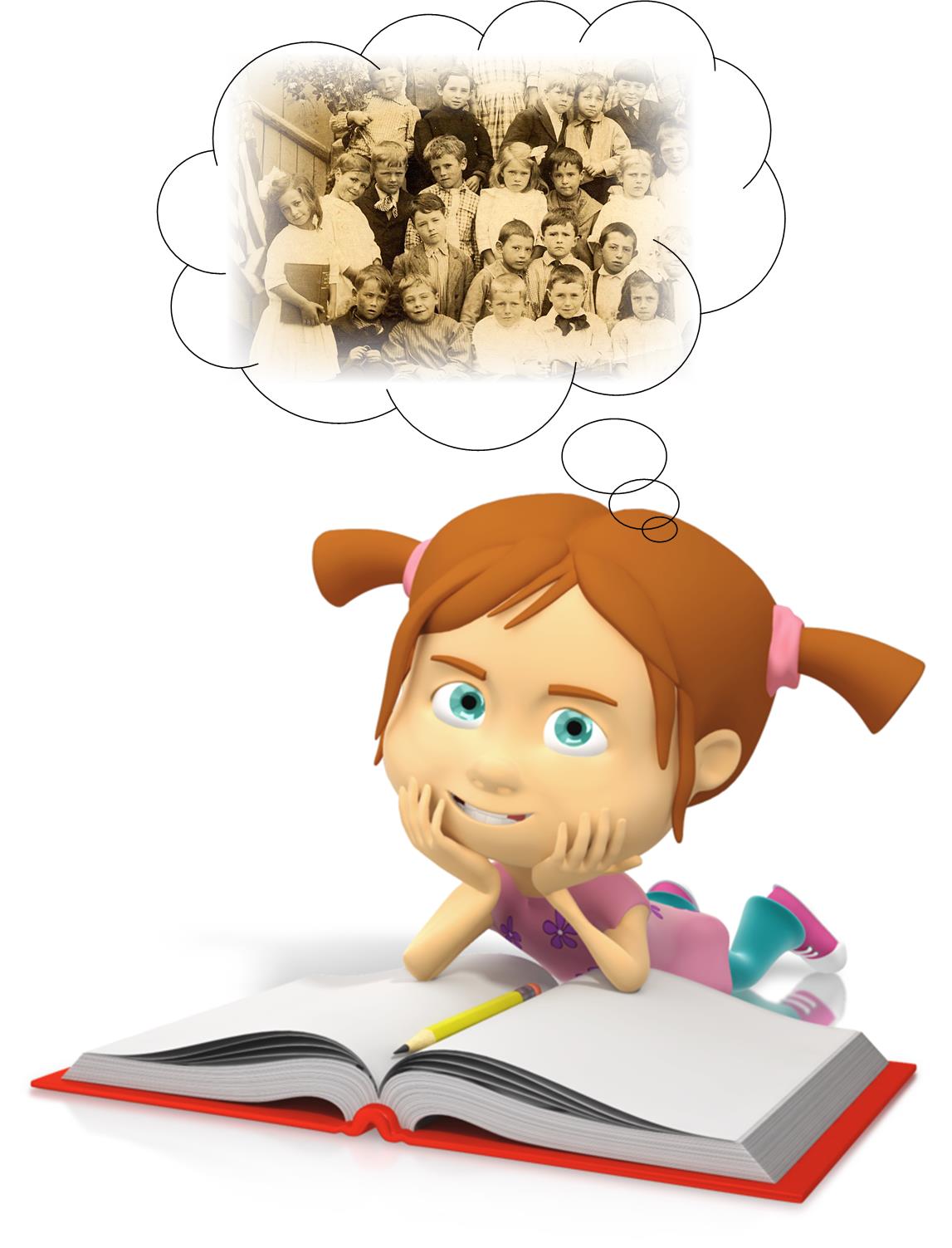 In years past, a five-hour graduation exam was required for eighth graders (around 13 years old) in many U.S. states. It made me wonder: are questions they asked still relevant today? How well would we score? Are we smarter than an 8th grader from 120 years ago?

A copy of an 1895 graduation exam from Kansas has become famous since being circulated online. We tracked down the original exam at the Smoky Valley Genealogical Society in Salina, Kansas.

Here’s the Geography part of the exam, which took an hour (taken from a transcription at the above website):

1. What is climate? Upon what does climate depend?
2. How do you account for the extremes of climate in Kansas?
3. Of what use are rivers? Of what use is the ocean?
4. Describe the mountains of N.A. [presumably North America] 5. Name and describe the following: Monrovia, Odessa, Denver, Manitoba, Hecla, Yukon, St. Helena, Juan Fernandez, Aspinwall, and Orinoco.
6. Name and locate the principal trade centers of the U.S.
7. Name all the republics of Europe and give capital of each.
8. Why is the Atlantic Coast colder than the Pacific in the same latitude?
9. Describe the process by which the water of the ocean returns to the sources of rivers.
10. Describe the movements of the earth. Give inclination of the earth.

The Smoky Valley Genealogical Society has posted a copy of the original exam, along with links to the answers, at the above link. Their site also comments, “Many people forget that Kansas is an agricultural state. 8th grade was as far as many children went in school at that time. It was unusual for children to attend either a high school or a normal school because they were needed on the family farms.”

Wonder how each of our forebears would do on it? Consider following up on an ancestor’s level of education (like from a census entry) by finding a copy of a textbook, exam or another document showing the kinds of things they would have learned? The free Google Books is a great place to start! I devote an entire chapter to Google Books in the brand new Second Edition of my book The Genealogist’s Google Toolbox.

Genealogy Gems Premium Podcast Episode 98 answers a listener’s question about finding Yearbooks. Sign in to your membership to listen, or become a member today. 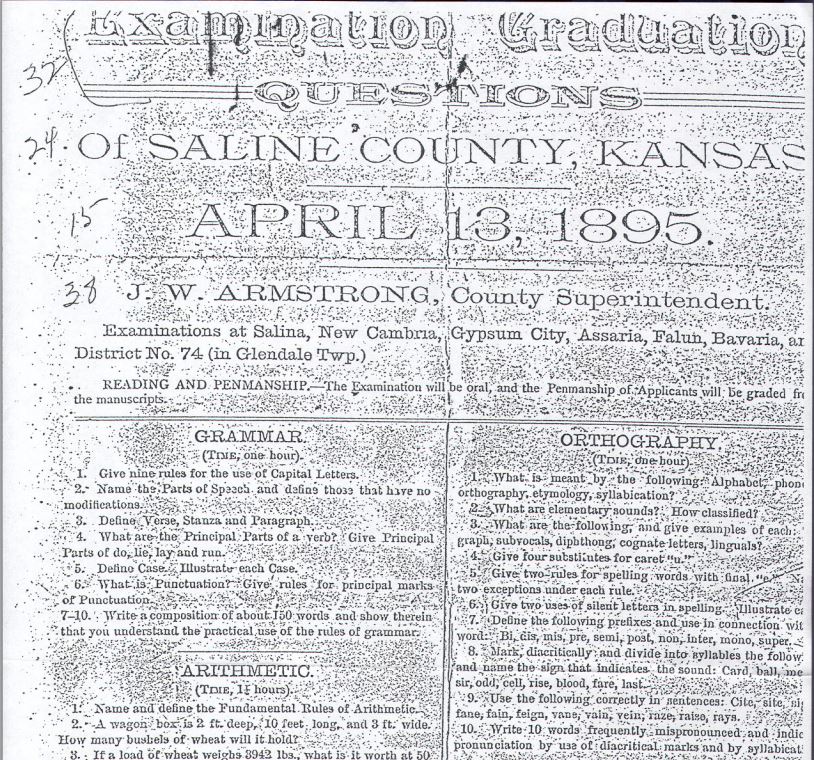 These 1939 Dress Designs Survived the Holocaust. Their Designer Didn’t.

A new exhibit at the Jewish Museum of Milwaukee tells the story of some 1939 dress designs that made it out of Nazi-occupied territory–and pays tribute to their designer, who didn’t.

“When the Nazis occupied Czechoslovakia in 1939, tens of thousands of Jews applied for visas to anywhere,” explains the caption to a YouTube video about the exhibit (see below). “Among them, Paul Strnad and his wife Hedy, a dress designer. Ultimately, neither would get a visa to leave Czechoslovakia.”

Years later, their story was literally stitched together by descendants and local historians. The couple sent her dress designs to a cousin in Milwaukee in a desperate attempt to get work visas to leave. It never happened. Paul was killed. Hedy’s fate is unknown.

A few years ago, the designs were rediscovered along with letters that told their story. Now the design drawings–and dresses newly created from them–are the centerpiece of “Stitching History from the Holocaust,” an exhibit at the Jewish Museum of Milwaukee. Read more about the exhibit here, or click below to watch this video about it. I think you will be as moved as I am to hear this story.

Today the United States celebrates Constitution Day! On this date in 1787–225 years ago–delegates finalized and signed the historic document that 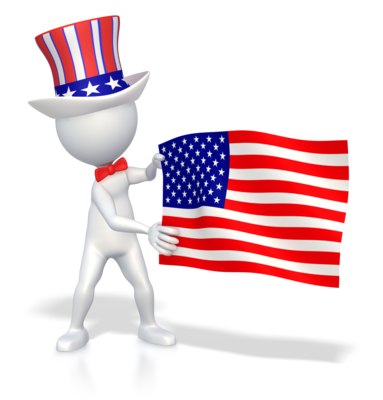 In celebration, the National Archives Center for Legislative Archives has launched a free mobile app, e-book and even companion tools for teachers: lesson plans and teaching activities.

“Congress Creates the Bill of Rights” is described at the National Archives website, where you can download the e-book and teaching resources. The e-book is also available in iTunes and the iBookstore for iPad, iPhone, and iPod Touch. The app is available for download on iPad at the App Store.

A press release describes the app as “an interactive learning tool for tablets that lets the user experience the proposals, debates, and revisions that shaped the Bill of Rights in the First Congress. Its menu-based organization presents a historic overview, a one-stop source that includes the evolving language of each proposed amendment as it was shaped in the House and the Senate, a close-up look at essential documents, a ‘time-lapse’ display of the creation of the First Amendment, and more.

Congress Creates the Bill of Rights eBook presents a historic narrative focusing on James Madison’s leadership role in creating the Bill of Rights and effectively completing the Constitution. Starting with the crises facing the nation in the 1780s, the narrative traces the call for constitutional amendments from the state ratification conventions, and takes the reader inside Congress as the House and the Senate worked to formulate a set of amendments to send to the states.”

Did you have ancestors who were at the Constitutional Convention? Contribute what you know at the Signers of the U.S. Constitution Project at Geni.com. The goal of this project is to build “single, documented profiles” of those who signed.