Nearly a million indexed records and images in the Brazil, Rio de Janeiro, Immigration Cards, 1900-1965, collection are among newly-posted data in FamilySearch’s ever-growing free digital archive. The cards were issued by Brazilian consulates around the world and presented upon arrival in Brazil by visitors and immigrants. They contain the immigrant’s name, where he or she came from, the date and place of birth, and the parents’ names.

This is a pretty significant time period for Brazilian immigration.  Brazil’s population was about 17.4 million in 1900–and it nearly doubled in the following two decades. By 1940, Brazil housed over 41 million people, and by 1960, over 70 million.

Most immigrants to Brazil since slavery was abolished in 1888 came from Italy, most significantly the areas of Vêneto, Campânia, Calabria, and Lombárdia. Germany and Japan sent their share of immigrants, too.

That’s not all that’s new on FamilySearch, though. Check out these other indexed and imaged records: 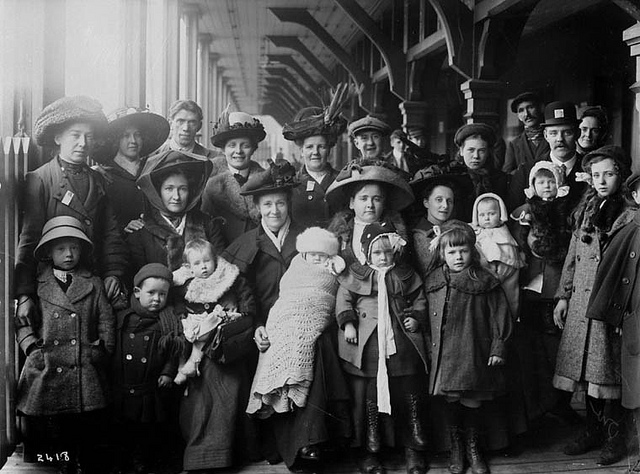 Do you ever wonder why your immigrant ancestors to the U.S. settled in a particular location, especially if it wasn’t the port city they landed in? The New York Times website has a tool that may shed light on your question. 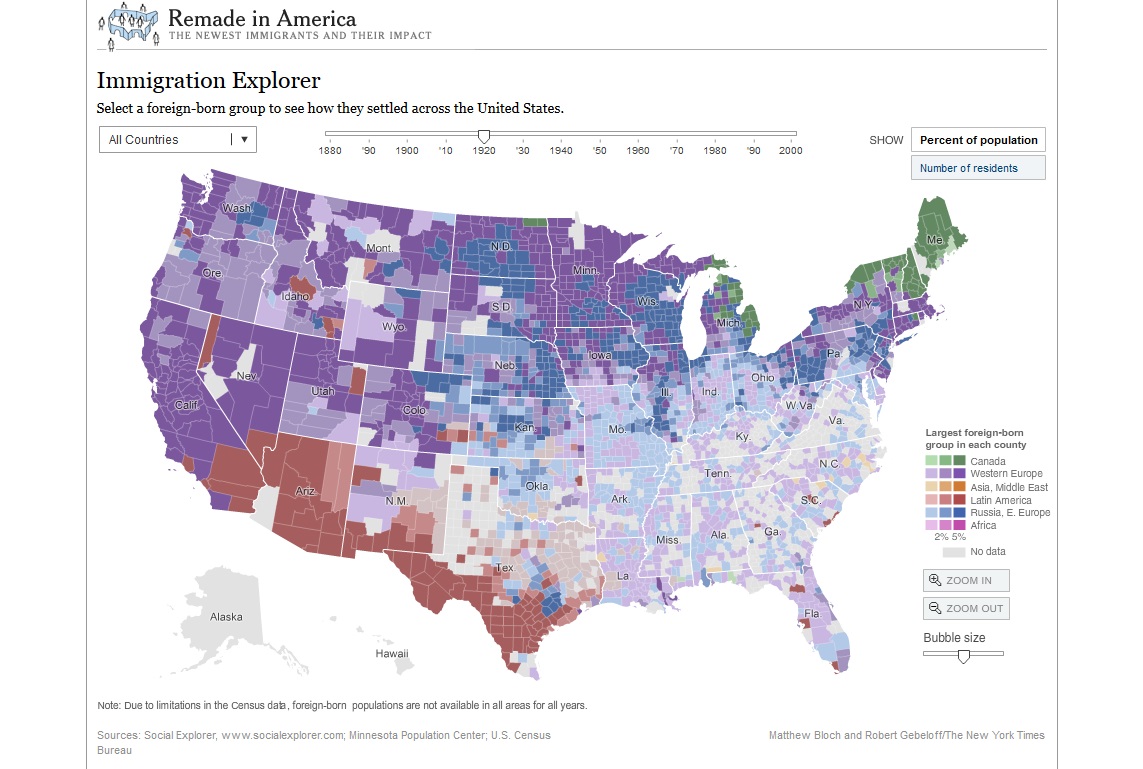 You can also click on several individual countries for more specific data, as you see here: 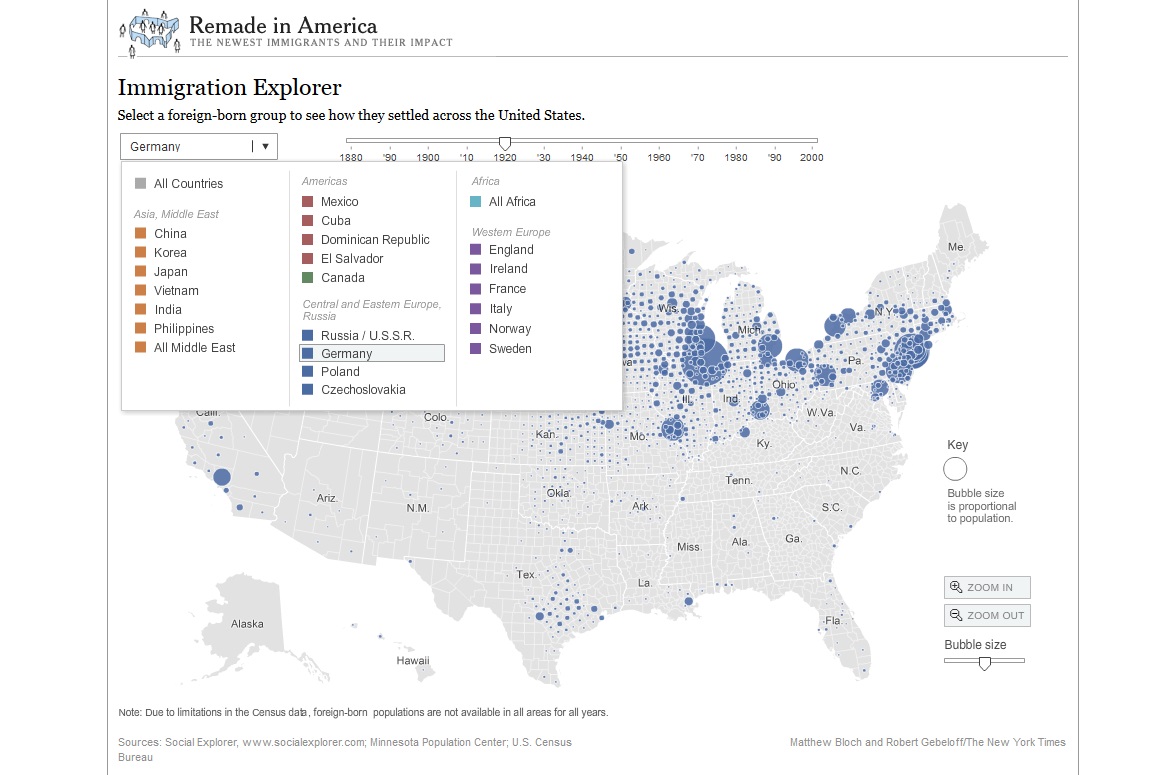 Of course, you may still be scratching your head about WHY your folks went a particular place. But if you see they were part of a larger settlement of Poles in the Pittsburgh region in the early 1900s, for example, you’ll know to look for regional and ethnic histories that can give you more “backstory.” You may also discover that they were a definite minority in their new hometown, which hints at a different kind of immigrant experience. In the quest to understanding our immigrant ancestors’ experiences, every clue helps!

If you have found the passenger list for your British ancestor in the Ellis Island database, you’ve only gotten your hands on part of the story. There are outgoing passenger lists from the UK to the US available and www.Findmypast.com has added them to their offerings.

Findmypast has announced the expansion of its U.S. records to include World War I Draft cards and outgoing passenger lists from the UK to United States, among others.

Findmypast.com has also made news recently with the announcement of a new partnership with Federation of Genealogical Societies to preserve and digitize local U.S. records from genealogical societies around the country including newspapers and obituaries, bible records, cemetery records and birth, marriage and death records.

New records that have been added or will be added during 2012 include:

The following was announced today by FamilySearch:

More than 160,000 volunteer indexers made the 1940 U.S. Census available for searching in just five months. The project was an unprecedented success that dramatically illustrated what the genealogical community can accomplish when united in a common cause.

Now many volunteers are turning their attention to the U.S. Immigration & Naturalization Community Project, an indexing effort to make passenger lists, naturalization records, and other immigration related records freely searchable online. Hundreds of thousands of North American volunteers are expected to contribute over the next 18-24 months, focusing initially on passenger lists from the major US ports.

Individuals, societies and other groups that want to participate should visit familysearch.org/immigration to learn more.