The recently launched British Newspapers Archive (BNA) database has over 200 UK newspapers, published from 1700-1950, and over 3 million pages – and is growing daily. It’s a wonderful genealogy resource collection for anyone interested in their British family history.


Ed King has worked for the British Library since 1975. He is currently head of Newspaper Collections at the library. Since 2004, he has been involved with projects to digitise older newspapers in the library’s collections. He has been working with many colleagues to realise the British Newspaper Archive, launched late in 2011.


Click the link to listen to Mr. King discuss the value of newspapers, which are often the only place where information about local people and events are published. In this talk he gives practical examples from newspapers in the collection. Also covered briefly are some of the non-UK older digitized newspaper databases available. 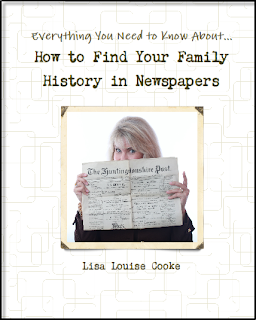 Learn more about how to use newspapers for genealogy research from my new book How to Find Your Family History in Newspapers, available now at www.GenealogyGems.com. You’ll get a proven research process and high tech tips for tracking down exactly the newspapers you are after.