With more than 20 million books digitized and online, Google Books is an amazing resource for genealogy, so much so that I devoted an entire chapter to it in my book The Genealogist’s  Google Toolbox.  However, Google Books has been under the cloud of a law suit from publishers and authors who say that Google’s digitization project violated their copyrights.

The good news is that yesterday the Association of American Publishers and Google announced that they have reached a settlement to end a lawsuit filed by five publishers in October 2005. Publishers will now be able to choose which books are included in the project.  Read more about the settlement at USAToday.com. 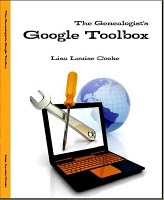 To learn more about how to use Google Books for Genealogy, get my book The Genealogist’s Google Toolbox, in  paperback or ebook.