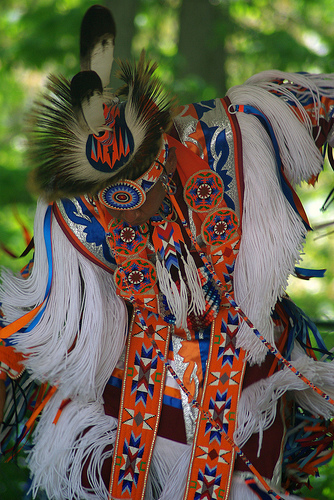 Many North American families have a tradition that someone in their family tree was a Native American. In fact, I have sometimes heard people say that they originally got interested in genealogy because they wanted to learn whether they really did have a Native American connection.

However, it’s not always easy to track down and verify American Indian ancestry. That’s why I was pleased to get a tip from podcast listener Kate Vaughan. She says that a Choctaw friend of hers recommends Guide to Tracing Your American Indian Ancestry by the Bureau of Indian Affairs, an e-book to which you can click directly.

Once you’ve done the research and confirmed your native roots, you can actually contact tribal leaders and see if you’re eligible to enroll in the tribe (each tribe has its own requirements). You can also apply for a certificate degree of Indian Blood from the Bureau of Indian Affairs that shows your blood quantum and tribal affiliation.