Want to be an FGS Conference Ambassador? Here’s Your Invitation! 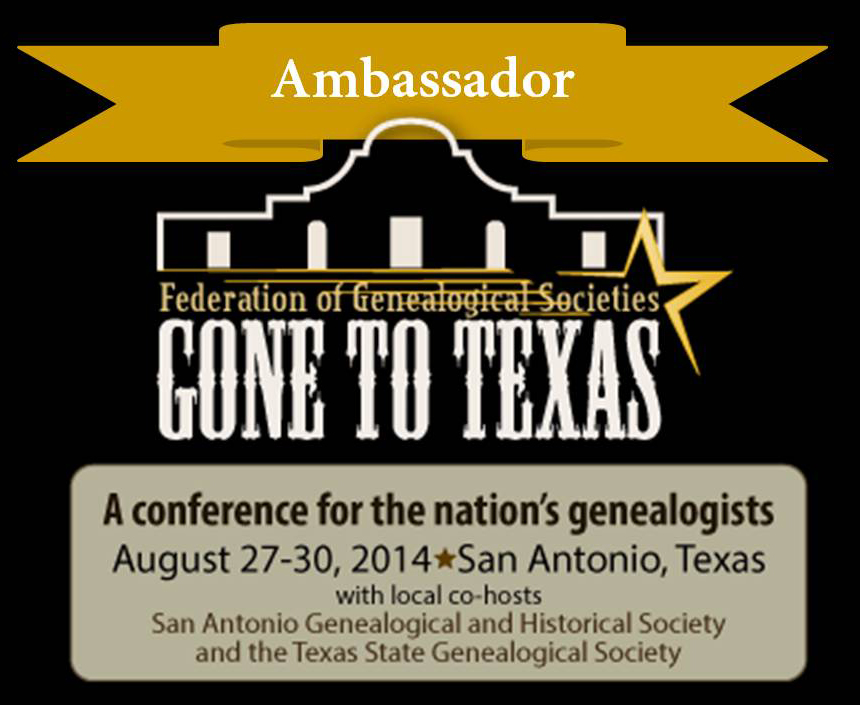 Genealogy bloggers, societies, writers and editors are invited to become FGS 2014 Ambassadors. Ambassadors help to spread information about the FGS Conference in San Antonio, Texas, August 27-30, 2014, through social media to their friends, colleagues, and everyone interested in genealogy.

§  Writing about the conference on their blog.

§  Mentioning FGS 2014 on Facebook, Google Plus, and other social networks.

§  Letting their local historical and genealogical societies know about the conference.

§  Potential to be guest blogger on FGS Conference Blog.

§  Ambassador badge ribbon at the conference.

Click here to register as an FGS 2014 Ambassador and to find the FGS 2014 Ambassador badge to add to your blog or other social media account.  Lisa will see you in San Antonio in August! Be sure to circle her classes on your schedule and stop by and say “hi” at her booth in the exhibit hall.