TLC Renews “Who Do You Think You Are?” and “Long Lost Family” 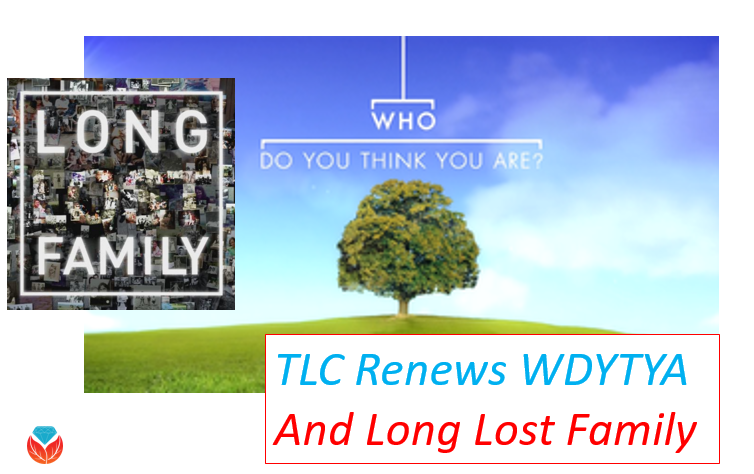 Genealogy is coming back to TV. TLC has renewed “Who Do You Think You Are?” and “Long Lost Family” for additional seasons.

TLC announced on June 9th that the network will have additional seasons of both “Who Do You Think You Are?” and “Long Lost Family.” Both series averaged over 1.8 million viewers.

The two-time Emmy-nominated WDYTYA follows celebrities as they take a personal journey of their family tree. Recent celebrities included Bryan Cranston, who uncovered an ancestor’s heroic dedication during the Civil War, and Molly Ringwald, who learned about the dangerous conditions of her coal-mining ancestors.

The “Long Lost Family” series features the emotional and touching stories of people who have had a separation from their family. The show reunites these individuals and shares their stories of adoption, mystery, and questions. This past season reunited several family members, including a mother and daughter who worked together and did not realize they were related. “Long Lost Family” is hosted by Chris Jacobs and Lisa Joyner, who also share their own stories of adoption.

Ancestry will be teaming up with TLC again as a sponsor for both series. As part of the sponsorship, Ancestry provides the family history research to help make discoveries possible on both series.

Are you a fan of these genealogy-themed shows? We’d love to hear which stories have touched you the most. Please leave a comment below: