You’re invited to participate in a global FamilySearch indexing event! Join thousands of volunteers worldwide October 20-22, 2017 as they index historical records that will help genealogists (maybe you) climb your family tree. If you can index in another language, you have a VIP invitation–your skills are especially needed. 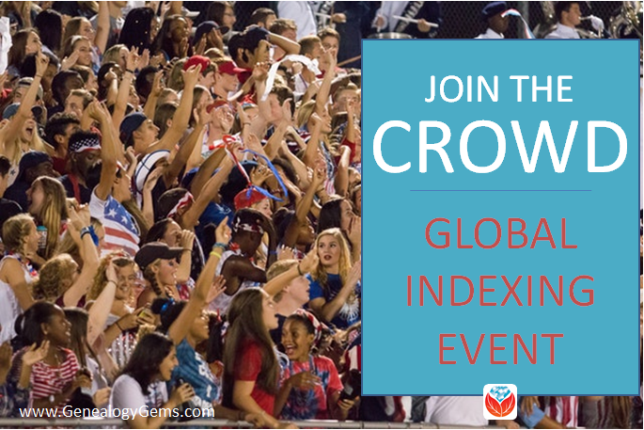 This coming weekend, FamilySearch is throwing its annual global indexing party: a three-day event designed to get genealogists away from their own database searches for just long enough to contribute to building those databases. It’s the Worldwide FamilySearch Indexing Event, and it runs October 20–22, 2017.

What is FamilySearch indexing?

Indexing is the process of extracting ancestral information from the world’s historical documents and putting them into online databases to help researchers find their ancestors in them more easily.

Here’s a quick video that illustrates the process (it’s a super cute video):

Why Is There a FamilySearch Indexing Event?

FamilySearch runs the world’s best-known volunteer online indexing system. This system has helped tens of thousands of volunteers index millions of names that are now searchable for free on FamilySearch.org and other websites. The annual three-day FamilySearch indexing event concentrates the year-round efforts of indexers into an energetic burst of activity. It also shines a light on the important service performed by FamilySearch indexers and attracts new (and lapsed) helpers to the cause.

Last year’s event galvanized over 100,000 volunteers, who indexed more than 10 million historic records in the three-day period. A FamilySearch representative stated, “From its beginning on Thursday in Southeast Asia and Australia to its conclusion Sunday night in the Pacific, the event attracted a wide range of participants. Volunteers contributed online from home or participated in locally organized events from Zurich, Switzerland, to the Rocky Mountains in the United States.”

Indexing volunteers with non-English language skills are particularly needed at this time. Over 200 FamilySearch digital camera teams are currently photographing historic records from non-English speaking countries. The effort has created a huge need and opportunity for indexers to make these records freely searchable online.

Volunteers can choose from projects of interest from all over the world and in several languages: English, Spanish, French, German, Italian, Portuguese, Russian, Japanese, Polish, Swedish, and Dutch.

This year, the FamilySearch indexing portal became entirely cloud-based, a step forward in this increasingly mobile world. Now you can index on-the-go on your tablet or phone as well as at your computer. You can also modify the layout of your dashboard based on personal preferences, set and track individual goals, and even create groups with friends (or others interested in working on a common project, such as your society members). 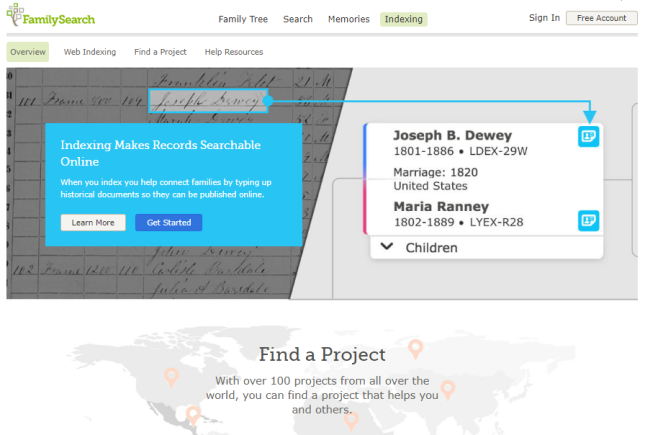 RSVP for the FamilySearch Indexing Event

This year’s FamilySearch indexing event has a dedicated webpage where you can RSVP and learn more. All you need to begin indexing is a FamilySearch.org account and access to the internet. (And for this event, a little bit of time between October 20-22, 2017.)

Ready to join the fun? Visit FamilySearch.org/indexingevent2017 to get started. 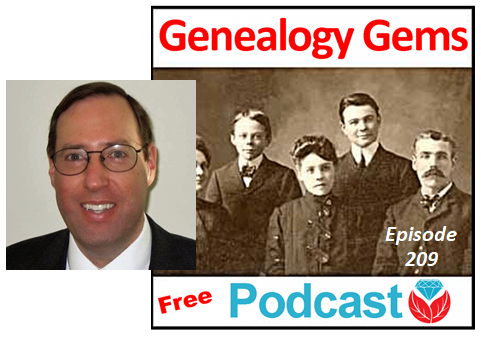 David Ouimette is known to his FamilySearch colleagues as “the Indiana Jones of genealogy” because of his globe-trotting adventures in discovering historical record treasures. Hear from him in the newest free episode of Lisa Louise Cooke’s Genealogy Gems Podcast. Click here to listen!