Ten years ago, Unclaimed Persons launched as a volunteer effort within the genealogical community to help coroners reunite unclaimed bodies with their families. Here’s what Unclaimed Persons has accomplished over the past decade–and how you can join the growing effort.

Thanks to Unclaimed Persons for sending us this press release.

Ten years ago this month, Unclaimed Persons online genealogical community was established to reunite deceased individuals’ remains with their families. A decade later, we celebrate this milestone anniversary and our members who help to ensure every life is worth remembering.

Unclaimed Persons began in June 2008 shortly after the airing of a video by the same name on RootsTelevision.com (you can watch it below). The program, which featured genealogist Megan Smolenyak and coroner investigators searching for two individuals’ next of kin, introduced its audience to a quietly growing epidemic of people going to their graves with no known relatives to claim them. 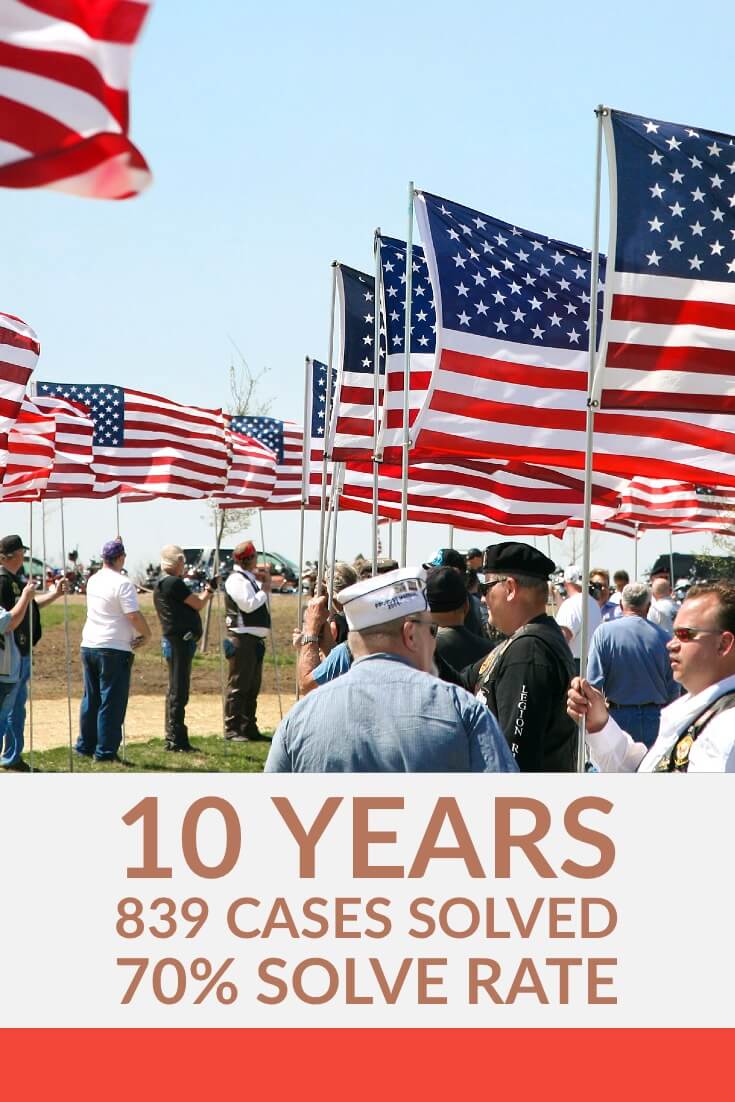 Following the video release, Megan was flooded with emails from other family historians offering their help. In response to this outpouring, she established Unclaimed Persons as a coordinated volunteer effort for genealogy sleuths to gather in a virtual setting and assist coroners and medical examiners in addressing this critical issue.

Over the past 10 years, Unclaimed Persons has logged 839 cases from 58 coroner and medical examiner agencies in 23 states and consistently maintains a 70% solve rate. Thank you to our members who have devoted countless hours to this effort and to the following volunteer leadership over the past decade for managing behind-the-scenes operations and juggling multiple cases at any given time:

Please join us in celebrating our anniversary and success by following us at www.facebook.com/unclaimedpersons. To become an Unclaimed Persons’ member, visit https://unclaimed-persons.org/volunteers/. 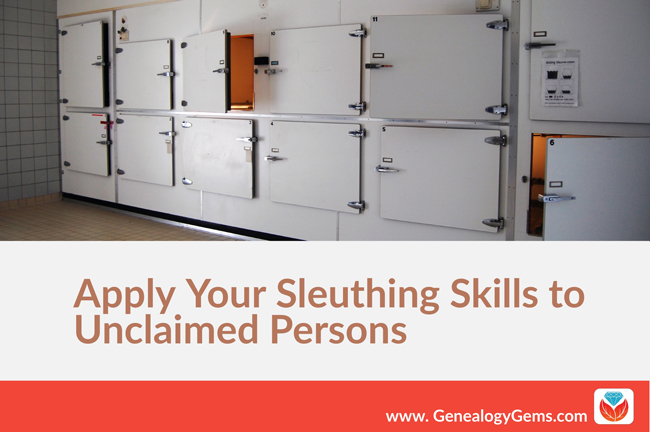 Lacey Cooke, our Genealogy Gems Service Manager, has a degree in forensic anthropology. She’s witnessed first-hand the cold and lonely story of unclaimed persons. Click here to read about her personal experiences working in coroner’s offices and with human remains, and why that made her want to share the Unclaimed Persons effort with everyone.