Exciting new genealogical records are popping up for the southern U.S. this week. If you haven’t found the record you need yet, try again…you may be surprised! Records for Arizona, New Mexico, California, Texas, Kentucky, and Georgia are listed below.

Ancestry has updated their Border Crossings: From Mexico to U.S., 1895-1964 collection. This database is an index of aliens and some citizens that crossed into the U.S. from Mexico via the states of Arizona, New Mexico, California, and Texas. Each port of entry used a slightly different form, so some data will vary. Information contained in these records may include: name, age, birth date and place, gender, ethnicity, the names of individuals accompanied by, and port and date of arrival.

FamilySearch has updated the Kentucky, County Marriages, 1797-1954 collection this week as well. This database is unique because it contains digital images of the marriage books and ledgers. There are over 1 million digital images in this collection, and now they are almost completely indexed. It is much easier to search these records when they have been indexed. However, you can still have great success using browse-only databases by reading our simple how-to post here.

The Georgia World War II Draft Registration Cards, 1940-1945 have been updated at FamilySearch, too. These draft cards cover a group of individuals born between 1897 and 1929. Usually, WWII draft cards contain the following information:

This week, I found the Georgia Vault online at the Georgia Archives. The “vault” is an online website of digital material that pertains to the history of Georgia. Deed books, church records, colonial wills, and confederate pensions are just a sampling of the things you will find there. I think you could spend a few afternoons browsing their wonderful collections. There is so much to see!

Would you let us know of any new or updated record collections we may have missed? Just leave us a comment below. Afterall, it’s nice to share! 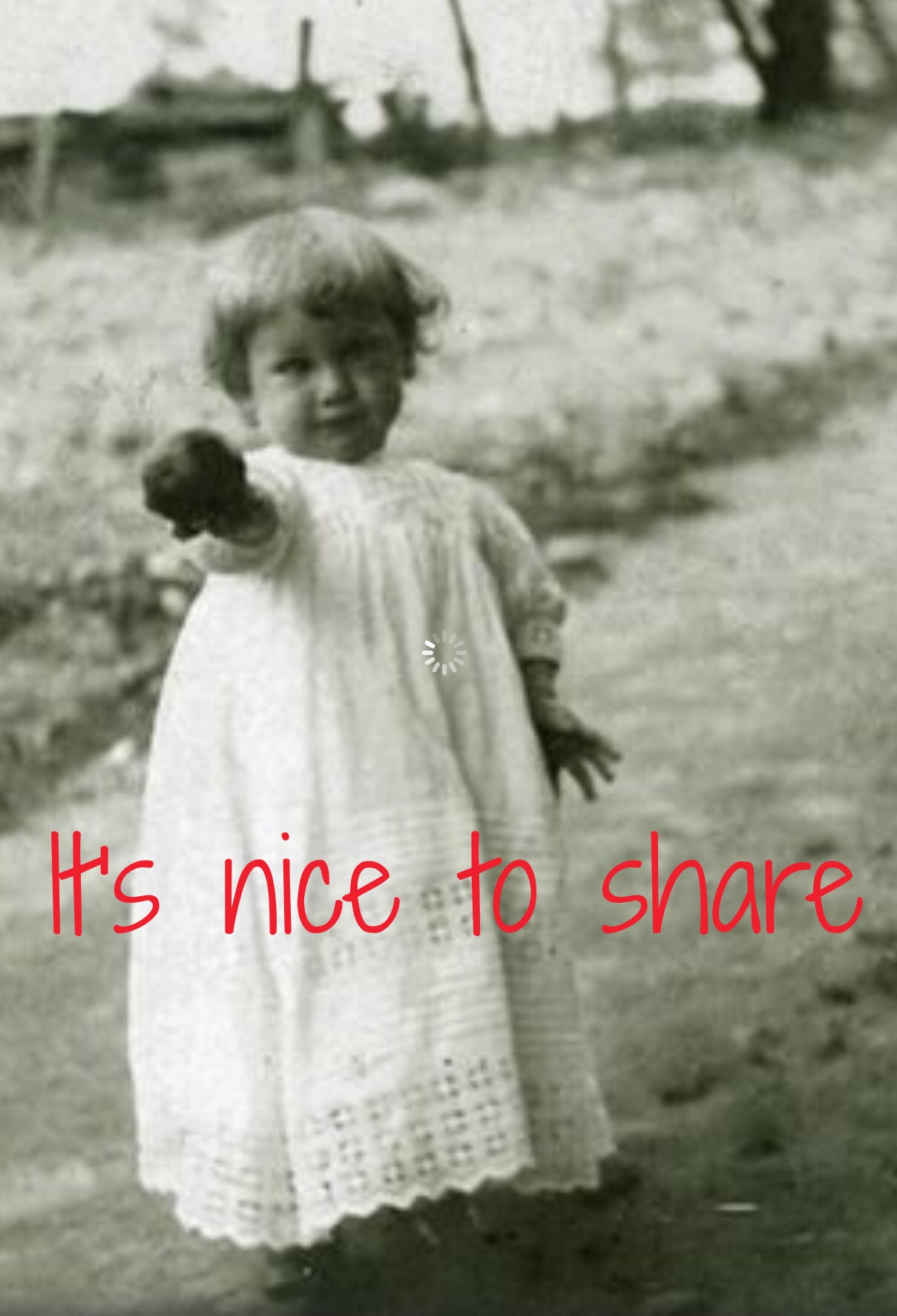 Browse Only Databases at FamilySearch: Easy to Use

ENGLAND – LAND AND TAX. About a quarter million land tax and valuation records for Plymouth and West Devon (1897-1949) are now searchable for Findmypast.com subscribers. Transcriptions and images can reveal an ancestor’s owner/renter status, property location and size, property use and more.

US – ARIZONA VOTERS. A new database of Arizona voter registrations

(1874-1932) is available at Ancestry.com. According to the collection description, “This database consists of Great Registers [lists produced from voter registrations] compiled by county recorders for each county in Arizona, by district. They list the names of eligible voters who registered to vote within the state of Arizona.” In this database you’ll see the state’s transition to female suffrage in 1912.

US – CALIFORNIA PASSENGER ARRIVALS. Over 375,000 names have been added to an existing collection of free FamilySearch.org passenger arrival records for San Francisco, CA (1954-1957). These include inbound passengers, crew lists and changes in crew.

US – DELAWARE WILLS AND PROBATE. Ancestry.com has updated its collection of  Delaware Wills and Probate records

(1676-1971). The indexed images now span nearly 300 years and include records from all counties (some locales and time periods are not included). Over 134,000 names are indexed.

Use these Google Gems to Find Records You Need

2 Mysterious Deaths in the Family? How to Google for Answers

ALABAMA REVOLUTIONARY WAR. A new database of indexed images at Ancestry “contains biographies, news clippings, and cards in paragraph form detailing persons who were residents in Alabama during the Revolutionary War in America.”

BRITISH WWI RECORDS. Findmypast has released new databases relating to World War I service: Surrey, Military Tribunals, 1915-1918 (military exemptions for the county of Surrey); and two British Army memorial rolls for employees of Lloyds of London and the London Stock Exchange who died in service.

CALIFORNIA NATURALIZATIONS. A database with indexed images of over a century’s worth of California naturalization records (1887-1991) has been updated at Ancestry.com.

COLONIAL NORTH AMERICA. A new digital archive has been launched: The Colonial North American Project at Harvard University. Its goal is to post digitized versions of “all known archival and manuscript materials in the Harvard Library that relate to 17th and 18th century North America.” According to the site, its “documents reveal a great deal about topics such as social life, education, trade, finance, politics, revolution, war, women, Native American life, slavery, science, medicine, and religion. In addition to reflecting the origins of the United States, the digitized materials also document aspects of life and work in Great Britain, France, Canada, the Caribbean, and Mexico.” (Click here to read our blog post about the project’s announcement in 2013.)

U.S. MILITARY BURIALS. BillionGraves.com recently added over 8 million U.S. military veterans’ burial records to the Special Collections that can be accessed by BG+ subscribers. These records include burial and cemetery records from the Veterans Affairs office, as well as military headstones from civilian headstones around the world.

Thanks for sharing these new genealogy records online with friends and fellow genealogists and through your genealogical society social media channels. It’s fun to spread good news!

AMERICAN LOYALIST CLAIMS (U.S., U.K., CANADA). A database of claims and cases heard by the American Loyalist Claims Commission (regarding British subjects in North America who remained loyal to the crown during the Revolutionary War) has been updated at Ancestry. “These documents include books of evidence and memorials given by witnesses, accounts of losses (which can provide detail about places and possessions), evidence of claims, correspondence, indentures, and other documents collected over the course of these examinations.”

BRITISH NEWSPAPERS. Over 5.8 million new newspaper articles are online at Findmypast. According to the site, “This includes 22 brand new titles and additions to a further 94 publications. The new titles come from all over England, Scotland and Wales and include newspapers from Edinburgh, Liverpool, Sheffield and Wolverhampton. The largest of the new publications is Public Ledger and Daily Advertiser which contains over 939,000 articles covering 1805-71….Over 1 million articles were added to London Evening Standard. There were also substantial updates made to Falkirk Herald, Swindon Advertiser and North Wilts Chronicle and Yorkshire Post and Leeds Intelligencer.

DUTCH EMIGRANTS TO CANADA AND U.S. A new Ancestry database captures information on Dutch emigrants who relocated to the U.S. or  Canada between 1946 and 1963. “Details from those lists are included in this database. You may find name, birth date, place of origin, arrival year, destination, sponsor year, religion, relation to head of household and family size.”

ENGLAND AND WALES PROBATE CALENDARS. Findmypast subscribers now have access to an index to the Principal Probate Registry system for England. In these indexes, you can find the deceased’s name, death date, address, occupation, marital status, spouse’s name, names of executors/administrators and beneficiaries and their occupations and the size of the estate. Use this data to request a copy of a will from the National Probate Registry.

U.S. QUAKER RECORDS. A substantial Ancestry database of Quaker meeting records (1681-1935) has been freshly updated. According to the site, “Quakers recorded a variety of details in their monthly meeting minutes which can be searched by name, location, and event date; or browsed by state, county, meeting, and record type….This collection marks the first time a major collection of Quaker meeting records has been made available online with a comprehensive index.”