Exploring our family health history is just another reason to look forward to the future of DNA testing. As science advances and we find out more regarding the specific genetic code responsible for various nefarious outcomes in our health, we learn there is more in play than just our genetics. 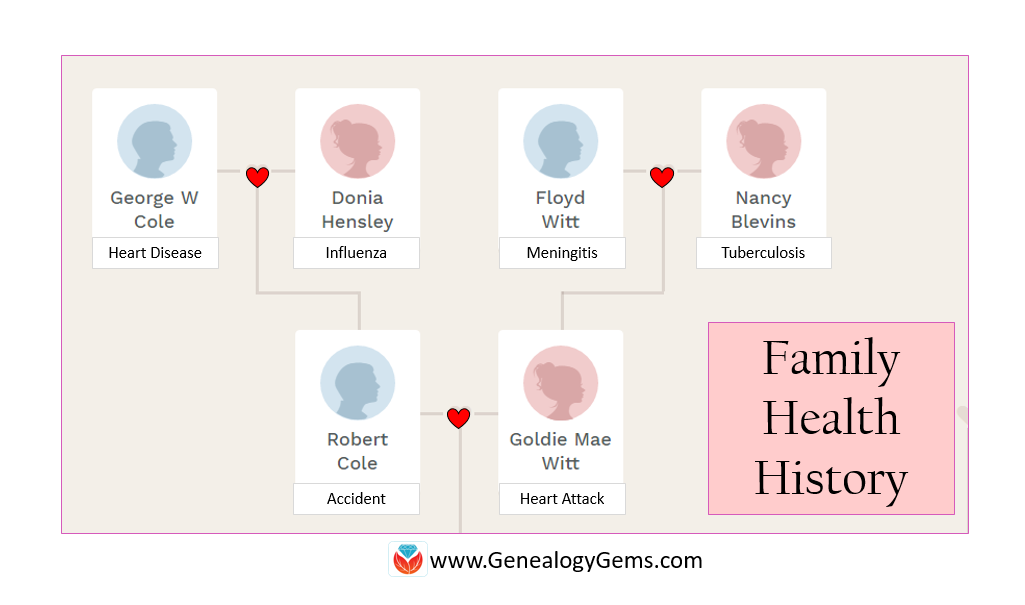 I recently read an article in the Wall Street Journal about a family who has been plagued with sudden deaths, ten in recent generations. Without warning, their hearts were stopping and no one knew why. That is until Daniel Wiggins died suddenly at the age of 29 and his family sought out a molecular autopsy. Becoming more accessible to researchers as the cost of running these tests drop, molecular autopsies allow a scientific team to analyze the DNA of the deceased, looking for genetic clues to the cause of death. In this case, the genetic sleuthing was able to turn up the perpetrator: a mutation that alters the electrical signals in the heart, causing it to stop. [Read more about this here.]

While this case was clear-cut and the gene was acting seemingly alone without an accomplice, researchers of this disorder say it only happens in 20% of cases. Which means, this devious genetic criminal has other methods we still haven’t tracked.

But for Daniel’s family, they can pursue genetic testing to determine if this specific culprit is lurking in their own genes. If found, they can take precautionary measures, like having a defibrillator installed.

Similarly, a family from Pennsylvania used their family reunion as a format for gathering family history and genetic information in order to arm its members with an action plan against a plague of cancer that is sweeping through their family. [See an article on this family here.]

Several members of the Shaffer-Peterson family have discovered a genetic test can alert them to possible pancreatic or skin cancer. Again, a gene affecting a very small number of melanoma patients was identified as the perpetrator of the Shaffer-Peterson family  and has been given a 67% crime rate. This means that the chance of developing cancer if you have this particular gene is elevated by 67%.

Thankfully, melanoma is a particularly curable kind of cancer when caught early. This family has done their part in informing the family as a whole. And, they now have a sort of insurance plan that may protect the lives of their loved ones.

For both the Shaffer-Petersons and the family of Daniel Wiggins, genetic tests produce actionable results to those testing positive. There is something they can do to positively impact their health once they are aware of the presence or absence of these genes in themselves.

Not all diseases or conditions can be attributed to our DNA. This past fall, after talking with my mother about kids and schedules, she added almost in passing, “Oh, by the way, they found another spot on my back, I am going to have it removed next week.” This is the third melanoma spot she has had removed in the past 5 years.

While my mom’s melanoma is less likely to be the result of a genetic abnormality and more likely linked to spending hours lifeguarding at the local pool, the fact she had melanoma was the sole reason I went to the dermatologist. My spot wasn’t cancer. I was just getting older. But, I am glad I went and I feel like knowing my health history has made me more aware of the measures I can take to improve it.

Diahan offers Genealogy Gems fans a discount on access to her series of videos on understanding DNA testing for genealogy. Click here to learn more.

For most people, molecular autopsies and DNA health tests are not easily available. Not yet. For those that are, there are hundreds of questions surrounding the kinds of genetic tests and the implications for both health and legal issues.

One thing is certain. In these cases, the common thread is family history. We need to know not only the dates and places of our ancestors lives and deaths, but also the stories behind them. Whenever possible, we need to track our health history, so we can identify any trends that our DNA might be trying to tell us.

If you want to start tracking your own health history there are plenty of free and subscription online tools to get you started. In particular, TapGenes was the winner of the 2016 Innovator Showdown at RootsTech. This online and app tool is designed specifically for your family health management.

You can also create your own alternate family tree. In this unique way, you can visually look at age-at-death, diseases, or other factors pertaining to your health. Read our article titled, “How and Why to Create an Alternate Family Tree.”

Learn More About Genetics and Genealogy

Gedmatch: A Next Step for Your Autosomal DNA Test
Gedmatch is a third‐party tool for use by genetic genealogists seeking to advance their knowledge of their autosomal DNA test. This guide will navigate through the myriad of options and point out only the best tools for your genetic genealogy research.

Organzing Your DNA Matches
With over 2.5 million people in the possession of a DNA test, and most with match lists in the thousands, many are wondering how to keep track of all this data and apply it to their family history. This guide provides the foundation for managing DNA matches and correspondence, and for working with forms, spreadsheets, and 3rd party tools.

Next Steps: Working With Your Autosomal DNA Matches
This guide outlines what to do next to maximize the power of DNA testing in genealogy. With this guide in hand, genealogists will be prepared to take their DNA testing experience to the next level and make new discoveries about their ancestors and heritage.

Did you hear what has been discovered about the remains of three Caribbean slaves found on the island of St. Martin? Scientific techniques identified them as two males and one female, all between 25 and 40 years of age, who were buried around the mid-to-late-1600s.

But where were they from? It took DNA to help answer that question, with a process very similar to that used to identify our ethnic origins in DNA testing today.

First, scientists had to retrieve DNA from the sun-bleached, humidity-soaked remains. Their first stop: the teeth. Traditional DNA extraction and analysis methods failed, but results were found with a new method called whole genome capture. You can think of this method like unleashing an army of vigilantes on your DNA, each one tasked with bringing back a particular portion for analysis. While this method was far more successful, it still was only able to find 7% of the DNA of the best sample.

Second, they needed a reference population: a group of Africans to compare these results to in order to find a match. There is such a group assembled, which contains 11 of the likely 50 population groups that contributed to the slave trade.  Keep in mind that in Africa, especially at that time, populations were not defined by geography as much as language. So when you hear African populations defined, it is often according to their relationship to one very large language group in Africa, called Bantu. There are really two groups: those that are Bantu speakers, and those who are not.

Even with the incomplete DNA and the limited reference population, the group was able to determine that two of the slaves belonged to non-Bantu speaking tribes, likely in present day Ghana or Nigera, while the third was Bantu speaking, possibly from northern Cameroon.

Finding ancient samples such as these, and having technology enough to analyze them, if even just a small part, has huge implications for the future of genetic genealogy, and family history. These kinds of genetic techniques can help place you in a genealogical relationship with another person, where your traditional genealogical methods could not.  Family history, the substance and story of your relationship, inevitably follows.

I think Fatimah Jackson, a biologist and anthropologist at Howard University, said it best. “It seems to me that, as a scientist, the best way to ‘honor’ these unfortunate individuals is to allow their story to be told,” she says. “The story of a few can illuminate the condition of the masses.” We may never know the names and specific life histories of this woman and two men any more than we already do. But DNA has gotten us closer to telling at least some of their story. Click here to read the scientific study.

Are you ready to let your genetics help tell your story? Learn more about DNA testing with my Getting Started in Genetic Genealogy Quick Guide, available now in the Genealogy Gems store. In fact, I have a whole series of Guides there on using DNA for genealogy. Check them all out!