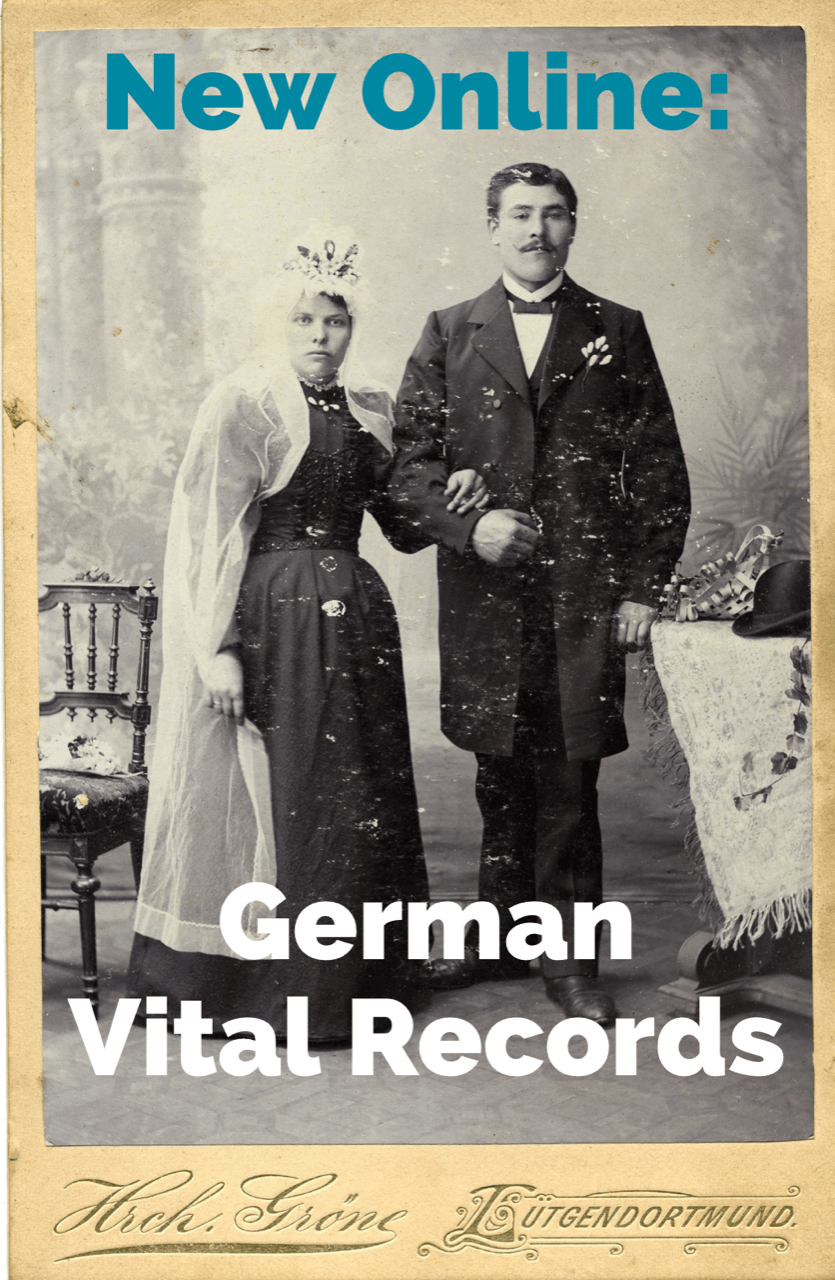 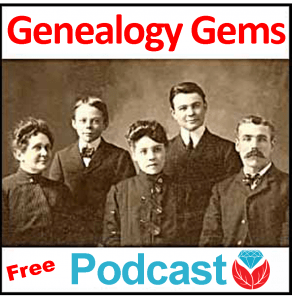 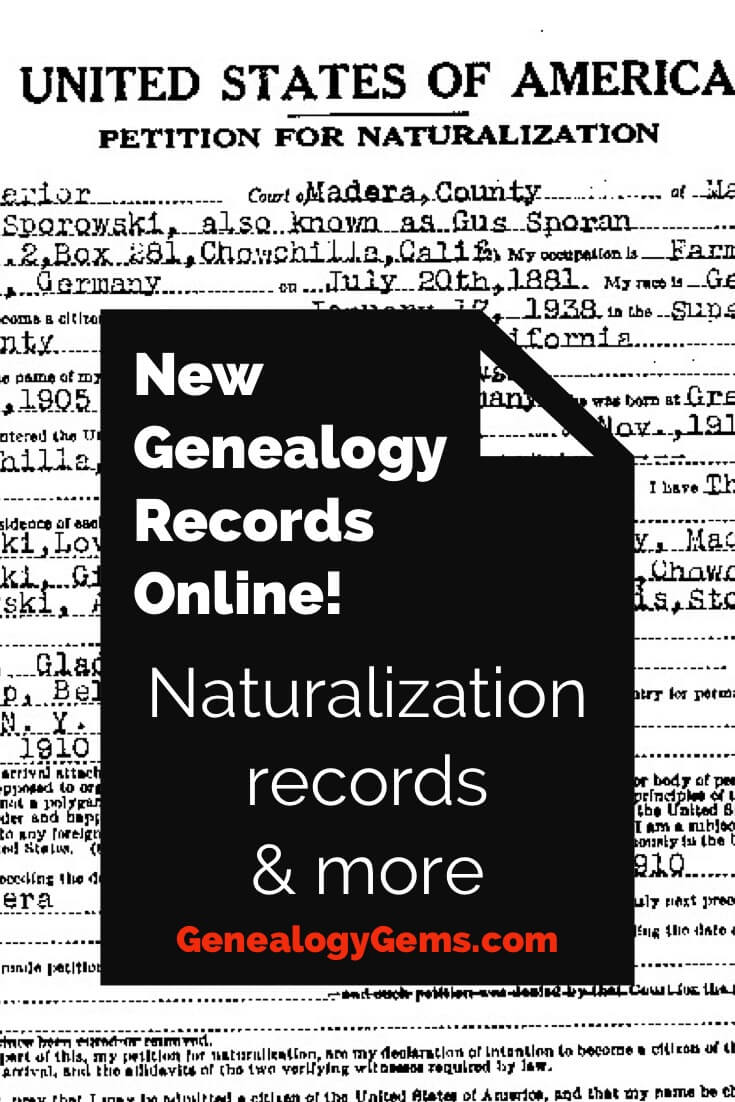 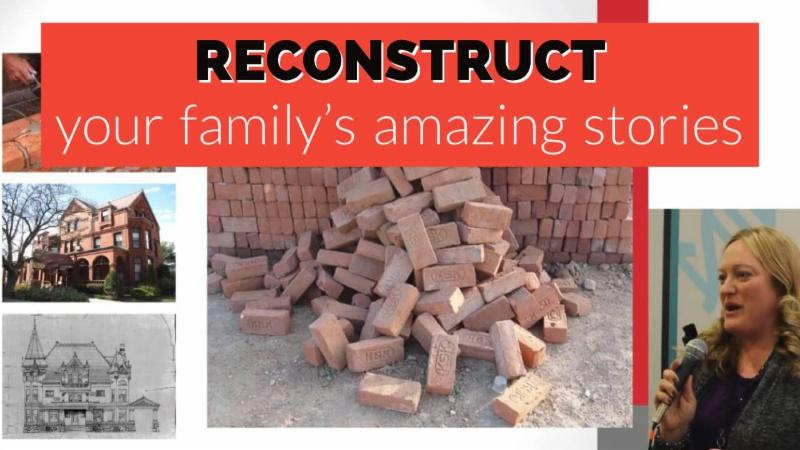 Nearly 12 million German genealogy records are newly searchable on Ancestry.com! You’ll find these in more than 30 databases of civil registrations of birth, marriages, residences and deaths between 1874-1950.

Here are some of the highlights:

Click here for a full description of these records, with direct links to each dataset. Happy hunting for your German roots!

German Newspapers in America: Read All About Them!

Do you have German roots in the U.S.? Have you ever looked for them in newspapers?

The folks who run Chronicling America, the most comprehensive free collection of digitized U.S. newspapers, have published a new article on historical German newspapers. Here’s an excerpt:

“For decades, Germans were the largest non-English-speaking immigrant group in America. Between 1820 and 1924, over 5.5 million German immigrants arrived in the United States, many of them middle class, urban, and working in the skilled trades, and others establishing farming communities in the West. Their numbers and dedication to maintaining their language and culture made Germans the most influential force in the American foreign-language press in the 1880s – the 800 German-language newspapers accounted for about 4/5 of non-English publications, and by 1890, more than 1,000 German newspapers were being published in the United States.” (Click here to read the whole article, which includes fascinating facts about how they retooled OCR technology to read Fraktur.)

Chronicling America currently includes 23 German-language titles from 9 states. You can search German newspapers in America (or other foreign languages) by going to the Advanced Search page. Under Language, select German (or another language): 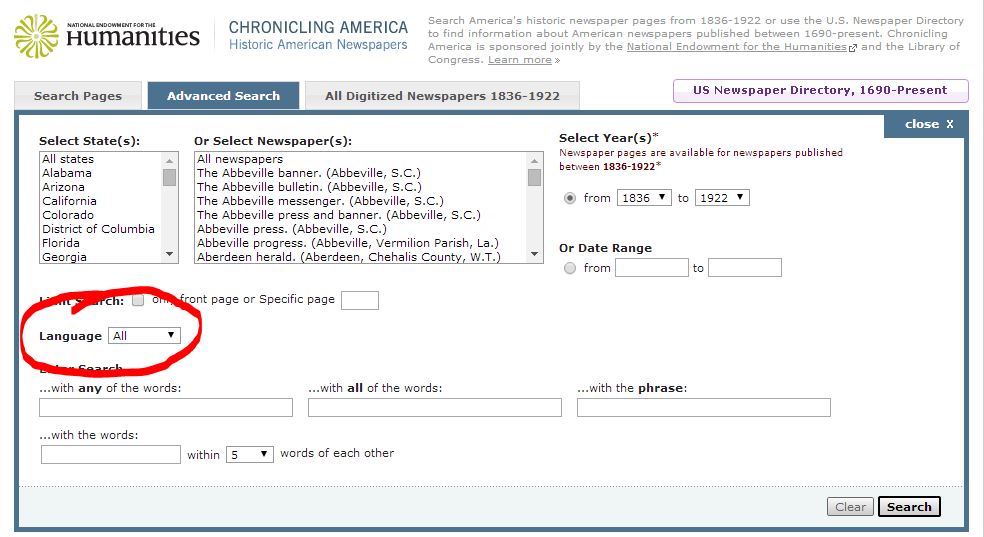 Are you interested in learning more about newspaper research, online or offline? Read Lisa’s How to Find Your Family History in Newspapers, available as an e-book or in print. Or ask for it at your local library (if they don’t have it, they may be willing to purchase it–librarians are always looking for new titles their patrons want).