A local genealogist used these strategies to help identify old photos taken on holiday in England by an Australian family. Read more about her savvy tips below and view the free video on using Google image search by Lisa Louise Cooke. 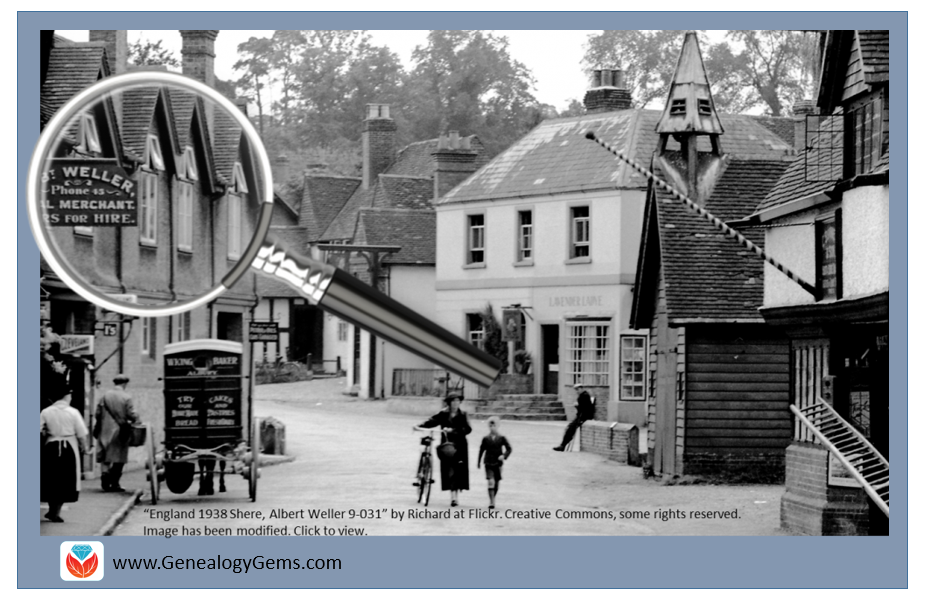 Sandra Stocks can’t resist solving genealogical mysteries–her own, or someone else’s. So when she saw an  article in the Huddersfield Daily Examiner of West Yorkshire titled, “Can you solve the mystery of these old photographs?” she had to answer.

The photos in the article belonged to an Australian family. They included a series of images taken in the 1930s while the party was on holiday along the Great British coast. A partly-legible name and address on a picture postcard in the group provided a clue.

A few of the article’s readers responded with assistance. One of these readers was Sandra, who volunteers with the Kirkheaton Family History Group. Her answer was featured in a follow-up article (“Mystery SOLVED!”). We reached out to Sandra ourselves, to see if she would share the research strategies she used to identify these old photos. Very generously, she did! 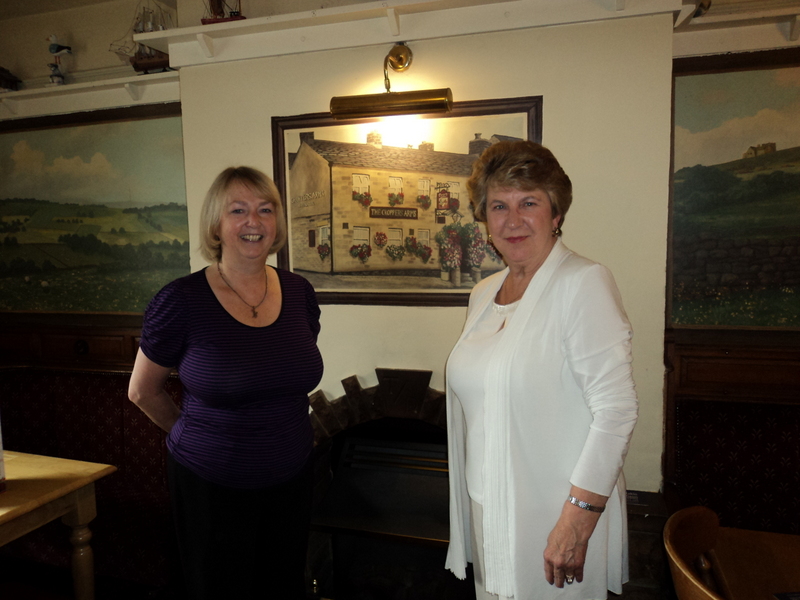 Sandra Stocks, left, with Ann from Canada. Their grandfathers were cousins; they met via Ancestry.com and Ann visited England. They met up at The Croppers Arms pub, where a mutual ancestor was a 19th-century landlord. Photo courtesy of Sandra Stocks.

1. Look closely at the photo for any identifying names or words. Sandra begins by saying, “Although the name on the postcard looked like Mr. J. Stogley, when I looked on the newspaper’s website there were other photographs, one which showed the name P. Hogley, Druggist, above a shop window.” (Don’t see anything? Skip to step 4, below.)

2. Use any names or places you identify to consult historical records for that place and time. Sandra continues, “I then searched on Ancestry.co.uk for Joseph Hogley, which, being an unusual name, was easy to find…In the 1911 English census he was living with his wife at the address on the postcard, so I knew I had the right chap. I then searched for him in [an] earlier census and found his family, and his brother Percy Hogley, a druggist, the writer of the postcard.”

3. Follow up in other historical records to identify additional relatives–and possible subjects in the photos. Sandra most often consults birth, marriage, and death records on Ancestry.co.uk and Findmypast.co.uk. “Not everybody wants to pay for a subscription,” she acknowledges, so she also recommends FreeBMD.org.uk “which allows you to search births, marriages, and deaths in England and Wales. A quick search of births for Hogley between 1850 and 1932 would have given me the births of Joseph and Percy Hogley in Huddersfield in 1875 and 1877, respectively. I used FreeBMD to discover that Joseph and his wife had a son, Bernard Thomas Hogley, in 1913 and Bernard married in 1945.”

4. If the photos have no identifying names or places, go straight to those who might recognize them: the locals. Lastly, Sandra shares, “There is a great family history forum where I could have posted a photograph and within a very short time somebody would have told me an approximate year when the picture was taken. The website is RootsChat.com and they also have pages for each English and Welsh county where local people are more than happy to help with genealogy queries.”

Unidentified old photos exist in nearly everyone’s family history holdings. Pull those old photos out and discover what else you can discern using these additional tips in Lisa Louise Cooke’s free video titled “How to Google Image Search to Identify Old Photos Using a Smartphone & Tablet.” By learning how to match the images you have to other images on the web, you may find some great new clues for your genealogy! This trick works great for distinct or well-known images, such as a location, or perhaps an important person in your family tree. Give it a try!

Fifteen years after a Purple Heart and other lost WWII medals disappeared during a robbery, they have been returned to the family from whom they were stolen.

The medals belonged to James Dillion Adkison, a Lubbock, TX soldier killed at Pearl Harbor in 1943. A niece of James’ told a reporter that “Uncle JD’s” death left a huge hole in the family. Her mother grieved the loss of her brother for years, particularly on the Pearl Harbor bombing anniversary and Memorial Day.

The entire town and police department are credited in this news article for helping to reunite the medals with JD’s family.

We love stories like these! They shine the spotlight on the often-invisible efforts of family historians, antique collectors, and others who try to return lost items to their families. You can click here to read about a WWII dog tag that was returned to a family after many years. That post also tells how you can help a blogger who dedicates efforts to returning lost dog tags to families. It’s inspiring!