Google has announced that it is bringing Google Earth to the HTC Vive virtual reality (VR) headset. Here’s what that could mean for family historians. 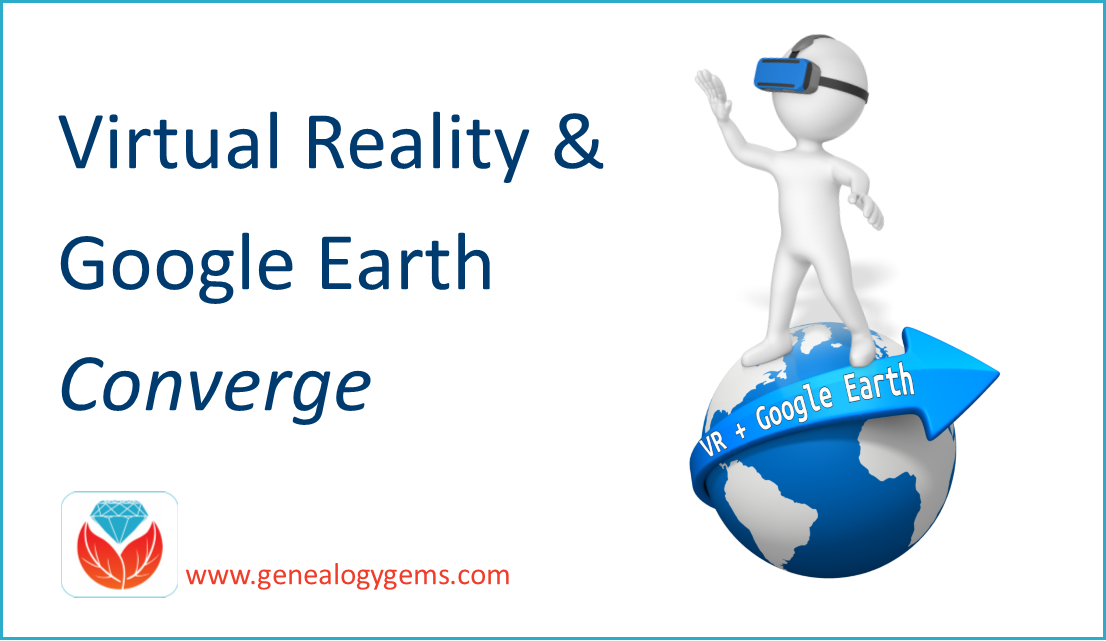 Google Earth VR (virtual reality), which is available through Steam, allows users to visit various landmarks around the world, providing a 360-degree, immersive view. According to Google, “you can fly over a city, stand at the edge of a mountain, and even soar into space.”If you’ve read my book The Genealogist’s Google Toolbox, then you already know the potential genealogical goodness that Google Earth can bring to your family history. (If you haven’t, visit my Google Earth for Genealogy page to see what I’m referring to and you’ll quickly embrace the idea.)
And, if you’ve had the opportunity to sit in on my presentation The Future of Technology and Genealogy at a conference or seminar, then you’ve followed along as I explored the potential application of VR to genealogy. It’s a match made in heaven. VR does not only allow us a deeper exploration of our ancestral homelands, but could potentially intertwine with historical imagery.

According to Polygon.com, right now “the app is only available to use through the Vive. Google has not said if it plans to make the program accessible through its new, lower-end VR headset, the Daydream. The company recently released its ultra-powerful, VR-capable phone, the Pixel, so there’s a good chance that Google will eventually bring the app to specific phones.”

Since Microsoft announced in October it was working on a program called HoloTour (which allows headset wearers to visit different cities around the world through VR), the competition should encourage expansion beyond just global landmarks. But, it’s a start!

Watch this video to see it in action.

10 Genealogy Tech Tools You Can’t Live Without is an hour long video lecture and it’s available in our Premium Member features! Click the title to pop on over, or if you are not a Premium Member yet, become a member today.

Did you have the View Master toy as a kid? Well, see how virtual reality is changing your favorite old play thing into something magnificent by reading, View Master Toys are Going Virtual Reality.