Find Your Family History for FREE this Labor Day Weekend: NEHGS and Ancestry 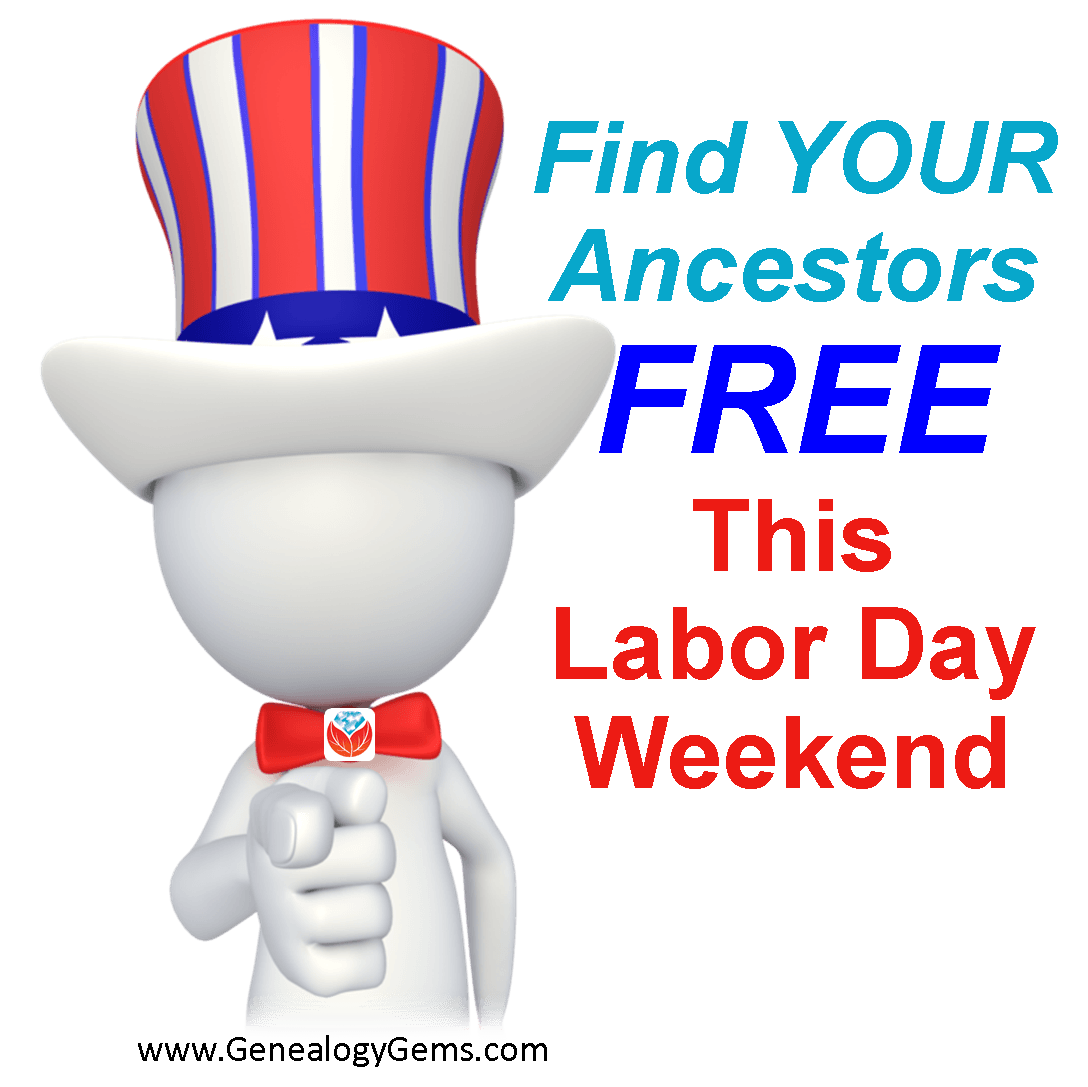 Both Ancestry and the New England Historic Genealogical Society are offering free access to selected U.S. databases in celebration of the Labor Day holiday.

Through next Wednesday, September 9, the New England Historic Genealogical Society (NEHGS) is offering free access to several of its census, tax and voter databases on AmericanAncestors.org.

“The Census, Tax, and Voter Lists category is a collection of 40 separate databases containing a range of resources to provide information about the families who resided in the New England states between the 18th and 20th centuries,” says a press release.

“Other broader databases help to trace families as they moved to other areas of the United States. And a handful of European databases within the collection can assist researchers attempting to further document their family’s heritage.” Transcripts of U.S. federal censuses through 1880 and several state and town tax records are also included.

Registration is required at AmericanAncestors.org as a free guest user to take advantage of this offer.

As we reported yesterday, Ancestry is also offering free access to selected U.S. records over the Labor Day holidays. Their access includes (and celebrates the release of) an enormous new collection of U.S. wills and probate records. That collection alone is worth a fresh round of Ancestry searches–more than 10 million people are indexed from 170 million digitized pages of estate records from across all 50 states!

Do you know anyone with U.S.–and especially New England–roots who would want to know about these offers? Please share this post!

In honor of Independence Day in the United States, AmericanAncestors.org is offering free access to databases on early New England ancestors starting TODAY through July 8.

If you have Mayflower, Pilgrim or Puritan ancestors (or want to confirm the rumor that you do!), you’ll want to take advantage of this offer from the New England Historic Genealogical Society. For many years the society has been researching “the 20,000 men, women, and children who crossed the Atlantic between 1620 and 1640, seeking opportunity and relief in New England.”

The Great Migration Study Project, as their work is known, has resulted in several databases, nine of which are open to the public for FREE during the first week of July 2015:

The Great Migration Begins.  This database “attempts to identify and describe all those Europeans who settled in New England prior to the end of 1633,” states an NEHGS press release. “As a rough estimate, about 15 percent of the immigrants to New England arrived in the fourteen years from 1620 to 1633, with the remaining 85 percent coming over in half as many years, from 1634 to 1640.”

The Great Migration:  Immigrants to New England, 1634-1635, Volumes I—VII, A-Y. (7 separate databases) “As many as 2,500 people immigrated in 1634 and again in 1635….In May 1634, the population of Massachusetts doubled in just one month….Each alphabetical entry for a family or individual includes:

Click here to access these databases for free between July 1-8, 2015. (Registration at AmericanAncestors.org is required as a FREE Guest Member.)