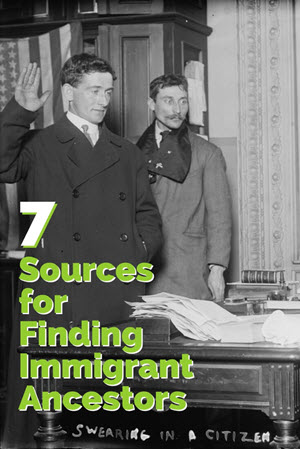 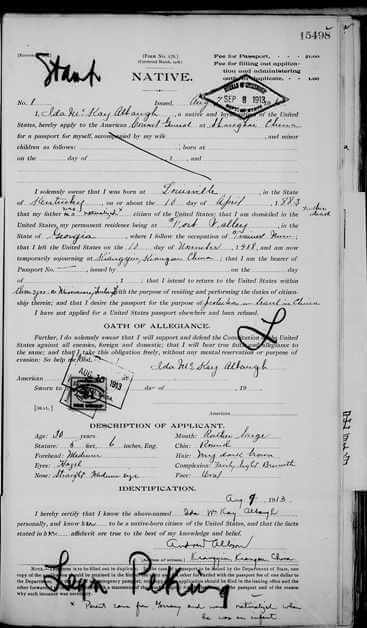 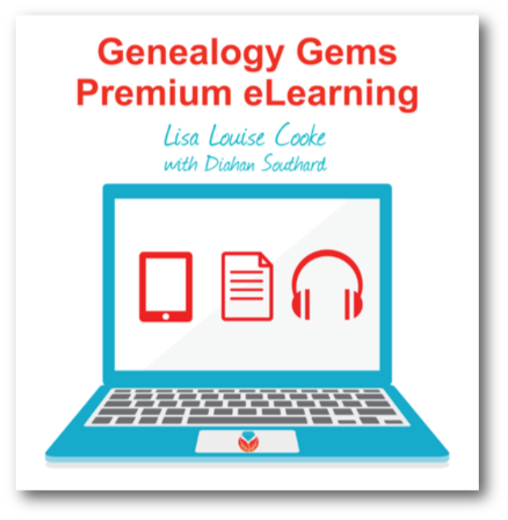 Every week we blog about new genealogy records online. Which ones might help you find your family history? New this week: Delaware land records, French censuses, British directories, Irish newspapers, Spanish municipal records (to the 1300s!), and U.S. passport applications. With whom should you share the great news?

DELAWARE LAND RECORDS. Ancestry has added a new database of Delaware land records, 1677-1947. According to the database description, “Delaware is a state-land state, meaning that following the Revolutionary War, it continued to grant property within its boundaries, as it had in its Colonial days. This collection includes the recorded transfers of property by grant or by deed. Most Delaware land had been granted by the time of statehood, so in the years following the Revolutionary War, you will find deeds recording the transfer of lands between private parties as they were transcribed into the registers of the county recorder of deeds.”

FRANCE CENSUSES. Find half a million indexed entries and associated images for the Dordogne Census of 1876 and about 30,000 names from the Haute-Garonne Toulouse Censuses (1830-31) in new free collections at FamilySearch.org. Records may include names, age, occupation, nationality, household position and, in the second, address.

GREAT BRITAIN DIRECTORIES. Findmypast has added 122 British almanacs and directories that include “trade directories, county guides, almanacs and general directories. Inside you will find the names of prominent people, tradesmen, people who held office, business owners and local civil servants.”

IRISH NEWSPAPERS. Over 724,000 new, fully searchable newspaper articles have been added to Findmypast. According to the site, new additions span 1836-172 and include a national publication, The Evening Freeman. “Five newspapers have also been added to with supplementary articles. They include substantial updates to Belfast Commerical Chronicle (135,813 new articles), Clare Journal, and Ennis Advertiser (61,194 new articles) and The Pilot (17,721 new articles).”

SPAIN MUNICIPAL RECORDS. Over 400,000 indexed records and digital images have been added to a free database of Barcelona civil registrations, censuses, military records, and other miscellaneous records (1387-1950) at FamilySearch. Additional browse-only records are also available.

US PASSPORTS. Over a million indexed names have been added to a free image collection of 200 years’ worth of U.S. passport applications (1795-1925) at FamilySearch.org. This dataset is still being indexed; browsable images are available at that link, too. This collection overlaps with content already available (by subscription) at Ancestry.com.

If there’s a theme for Genealogy Gems Premium Podcast Episode 124, it’s travel! (Which works for us here in the U.S., where we are enjoying summer vacations.) Our ancestors sure traveled, and sometimes a paper trail followed them. In this episode you’ll hear Contributing Editor Sunny Morton’s interview with Phil Goldfarb, author of two volumes on U.S. passport applications. More episode highlights include:

Here’s a teaser from our conversation on passport applications: People lied on them, including those who became famous. Clara Barton lied about her age and Harry Houdini said he was born in the U.S., when he was actually born in Austria-Hungary. Also, passport applications can be an excellent place to learn an immigrant’s date of arrival in the U.S., the ship they arrived on and the court and date of naturalization.

Did you know that Genealogy Gems Premium members have access to our full archive of Premium podcast episodes, as well as hours’ worth of exclusive video tutorials on genealogy research skills, using online records and harnessing powerful technology tools like Google searching, Google Earth and Evernote for genealogy? Click here to learn more about Premium membership for yourself or for your genealogy society or library.

As always, our Genealogy Gems flagship podcast remains free, thanks to your support and purchases you make through the links we provide (like for the books we recommend on this page).