PERSI for Genealogy and More Updated Genealogical Records for a New Year!

With an update to PERSI for genealogy, Pennsylvania birth and death records, and a tidbit or two from the United Kingdom and Scotland, you will start this year off right! It’s a new year and we are ringing in some great new and updated genealogical record collections.

A monthly PERSI update has been added at Findmypast. With over 67,000 new articles and five new titles, the Periodical Source Index is the go-to source for those looking for stories of their ancestors. The new titles cover the American Historical Society, Chicago, Maryland, and British family histories & heraldry and will allow you to discover articles, photos, and other material you might not find using traditional search methods.

To fully appreciate PERSI as a genealogical tool, read our previous blog post “PERSI for Genealogy: the Periodical Source Index.” And you’ll find more related articles at the bottom of this article.

To access the index only, start with the Pennsylvania Historical and Museum Commission page on Vital Statistics for links to the indexes. You need to know the year of the event and the surname. If you do not know the year, you can search several years, one by one. These indexes are not digitized but are PDF files of the ones the State uses. If you locate a state file number for a certificate, you can order it from the State Archives.

However, if you are a Pennsylvania resident, you will be able to access the certificates digitally using the link to Ancestry.com Pennsylvania as mentioned above.

New at Findmypast this week, the Huntingdonshire Marriages 1754-1837 collection contains over 1,000 names taken from 26 volumes of marriage records from the Huntingdonshire district of Cambridgeshire. These records will allow you to discover when and where your ancestor was married.

Also at Findmypast, explore the Roxburghshire, Kelso Dispensary Patient Registers 1777-1781. These registers contain over 1,700 names that list the date and outcome of patients’ treatment (such as cured, relieved of symptoms, or died). This may be particularly helpful for those unable to find a death date. 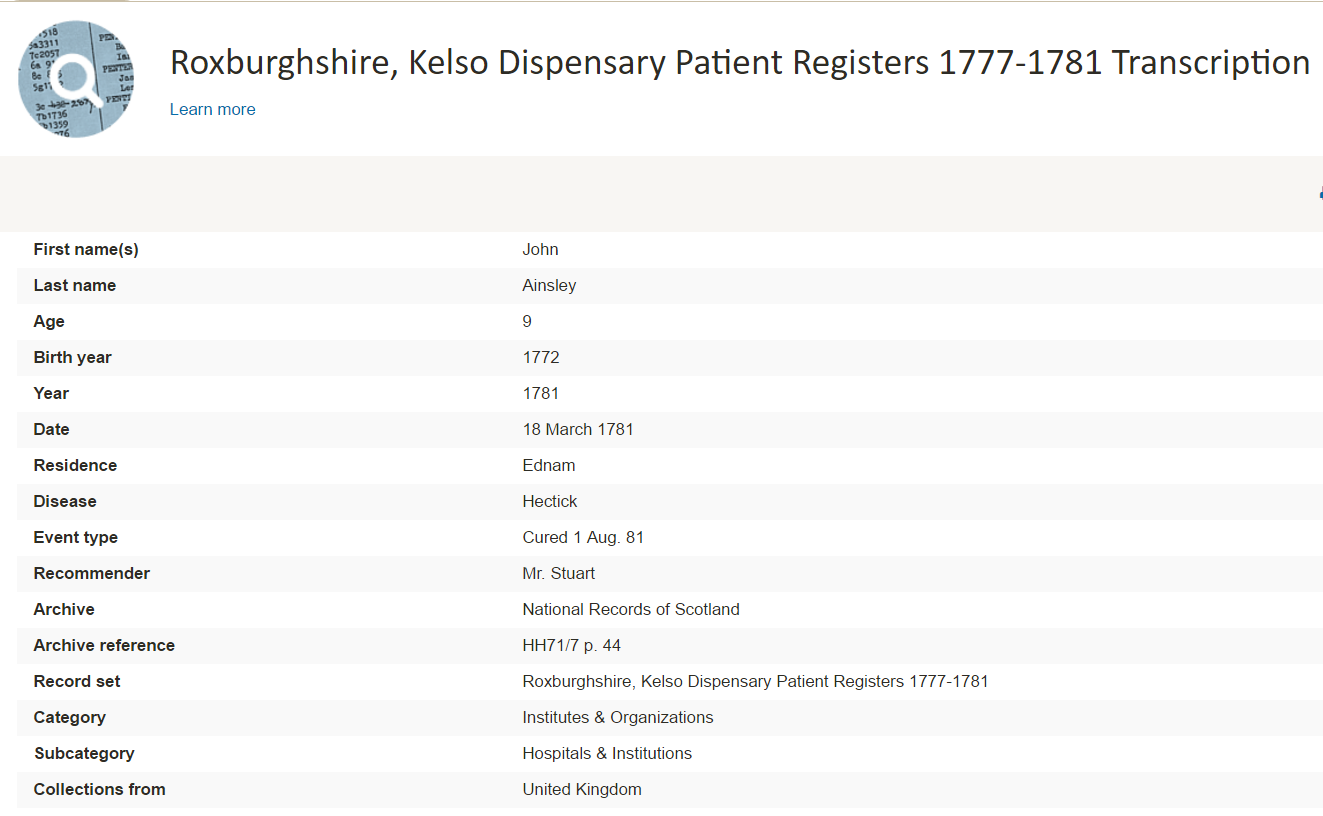 It should be noted that these are transcriptions only and you will not be able to see a digital image of the original. 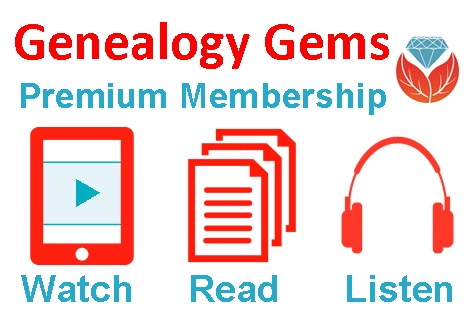 The National Army Museum has recently made the enlistment books of the five disbanded Irish regiments available online. This collection allows users to find information on soliders serving in these regiments during 1920-1922.

After the creation of the Irish Free State in 1922, the five regiments of the British Army recruited in southern Ireland – the Royal Irish Regiment, the Connaught Rangers, the Leinster Regiment, the Royal Munster Fusiliers and the Royal Dublin Fusiliers – were disbanded.

These books have now been digitized and for the first time, the records of nearly 12,000 soldiers can be searched online – by unit, place of birth, place of attestation, and year of attestation.

Researchers can see the original scans of each soldier’s entry and may find the recruit’s age and trade on enlistment, names of his next of kin, date of marriage, and the birth date of any children.

The entries also include his address and his rank and character upon discharge.

Over 4,000 records of personnel files and enlistment registers pertaining to the Scots Guards have been added to the British Army Service Records – Scots Guards 1799-1939 at Findmypast. The Scots Guards were one of the Foot Guard regiments of the British Army. They were originally formed to be the personal bodyguards of King Charles I of England and Scotland.

Each record includes a transcript and most include several black and white images of the actual records. The detail within each record may vary, but likely include:

This week at FamilySearch, more records have been added to the England, Cornwall Parish Registers, 1538-2010 collection. This collection contains church records from the counties of Devon and Cornwall, covering the years of 1538-2010. The collection also includes some material for nonconformist chapels which were filmed at the Cornwall Record Office at the time of filming Church of England registers. There are also some typed transcripts of Society of Friends marriages included for certain areas of the county.

Minister’s recorded all the baptisms (officially termed “christenings”), marriages, and burials which took place in his parish each year. These records are wonderful substitutes when the civil records can not be located.

The amount of information found on these christenings, marriages, and burials will vary over time, however, you might expect to find:

Also at FamilySearch, new records have been added to the collection titled England, Warwickshire, Parish Registers, 1535-1984. This collection contains baptismal, banns, marriage, and burial records. Banns and marriage record entries appearing together are the most common in this collection. Approximately half the records in this collection are after 1837 entries, and less than twenty percent are pre-1753.

Also at Findmypast, a new collection titled Queensland, Mackay, Funeral notices and funeral director records is now available. In this collection, you will find over 44,000 transcripts of records kept by the local firms Melrose & Fenwick and Mackay Funerals, as well as other funeral notices published in the Daily Mercury. Some of these funeral record indexes may provide your ancestor’s age at death and funeral date. The notices posted in the Daily Mercury cover the years of 1955-2012. These notices may also contain the birth year, burial date, and place of the deceased. These records may be particularly helpful if you have been unable to find a death record for your targeted ancestor.

Some of these record images may be difficult to make out due to ink bleeding through or poor handwriting.

If you are able to find your ancestor listed on one of these passenger lists, you may also find the following information:

Pennsylvania baptisms 1709-1760 at Findmypast contain over 4,500 transcripts of original baptismal records kept by Christ Church in Philadelphia. Each record will likely list a name, birth year, baptism date and location, and the names of both parents, including the mother’s maiden name. Rembmer, baptismal records are a great substitute for a birth record.

If Pennsylvania is your targeted research area, you might also be interested in the collection titled Pennsylvania burials 1816-1849. This group of transcripts number over 1,000 and are the transcripts of the original death records from Susquehanna County. Most records will contain your ancestors name, date of death, and place of burial. They may also include important biographical details such as birth years, occupation, residence, names of parents, and name of spouse.

Lastly, over 17,000 new marriage records for Pennsylvania have been added to the United States Marriages at Findmypast. The entire collection now contains over 140 million records. Each record includes a transcript and an image of the original document that lists the marriage date, the names of the bride and groom, birthplace, birth date, age, residence as well as fathers’ and mothers’ names.

Two new titles have been added to the over 177,000 articles in the Irish Newspapers collections at Findmypast. The Tyrone Courier and the Mayo Constitution, are now availabe to search. You will be amazed at the wonderful detail found when using newspapers for genealogy!

Check out the following helpful articles from our Genealogy Gems blog: