Our Military Minutes Man Michael Strauss revisits the first subject he covered with us on the Genealogy Gems Podcast: Draft Registrations for both World War I and World War II. Since that first segment aired several listeners have had questions and sent in comments regarding:

This is Part 1, examing WWI draft registrations. Michael has the answers for us. Attention, March!

When the United States entered the war on April 6, 1917 we were totally unprepared to wage a global war.  The Selective Service Act of 1917 (40 Stat. 76) passed by Congress on May 18, 1917 authorized the President of the United States to increase the armed forces through conscription. The Act directed the Provost Marshal General Office (P.M.G.O.) to select men eligible for military service. 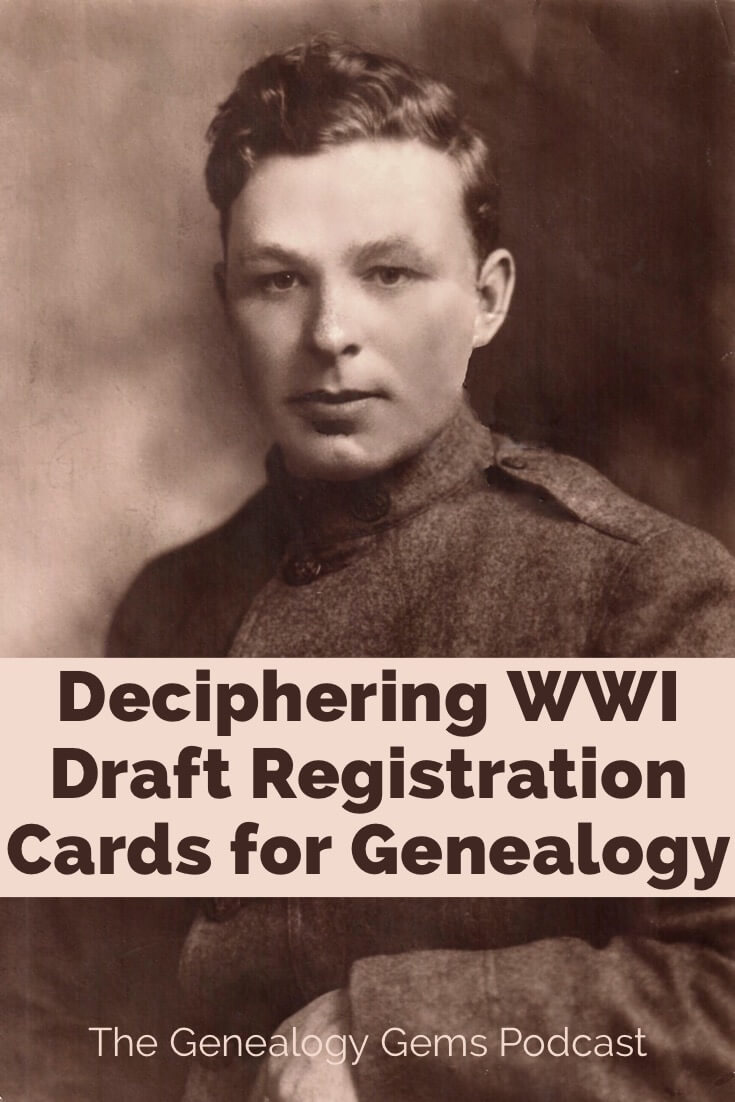 All men between the ages of 18 and 45 were required to register regardless of citizenship status or other factors.

The draft was then divided into three separate registrations: 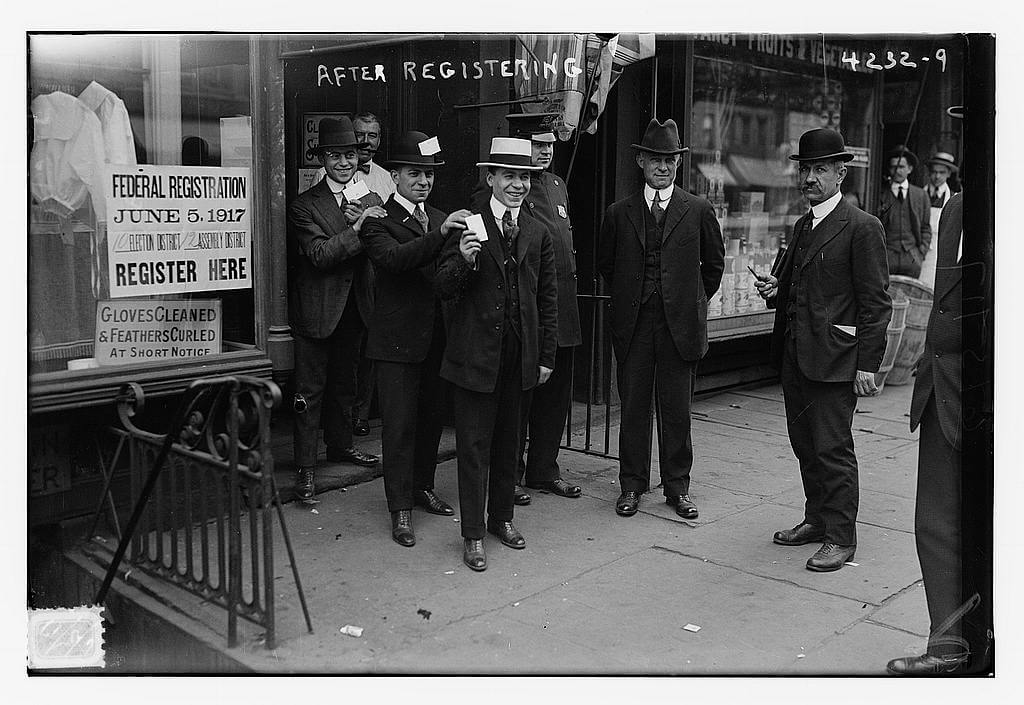 NYC- Registering for the Great War

On the corners of each registration card are stamped or written a series of numbers; on the left is the serial number that was assigned as soon as they registered. It could also be the number that the registrant was in line the day the cards were filled out. After each registration was complete at the local boards, the headquarters of the Selective Service in Washington DC placed each of the serial numbers into a container.

The first number drawn was No. 258 for which every person who registered was given an order number of 1. This was repeated until each serial number has an order number.  The image below shows the order of the numbers drawn from the 1st Registration as was published in the Pittsburgh Post on  July 21, 1917. 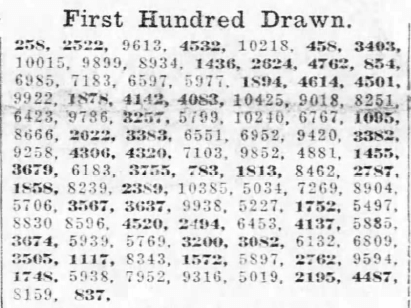 On the back of the registration cards was stamped another series of numbers followed by a letter designation. Example below: Ellis L. Keller who resided at 340 N. Partridge Avenue in Lebanon, Pennsylvania.

On the back of the card it has stamped 37-5-18 [then a space] A. These numbers and letters provide additional clues:

For the above example of Ellis L. Keller, his draft registration was part of the 1st Registration. 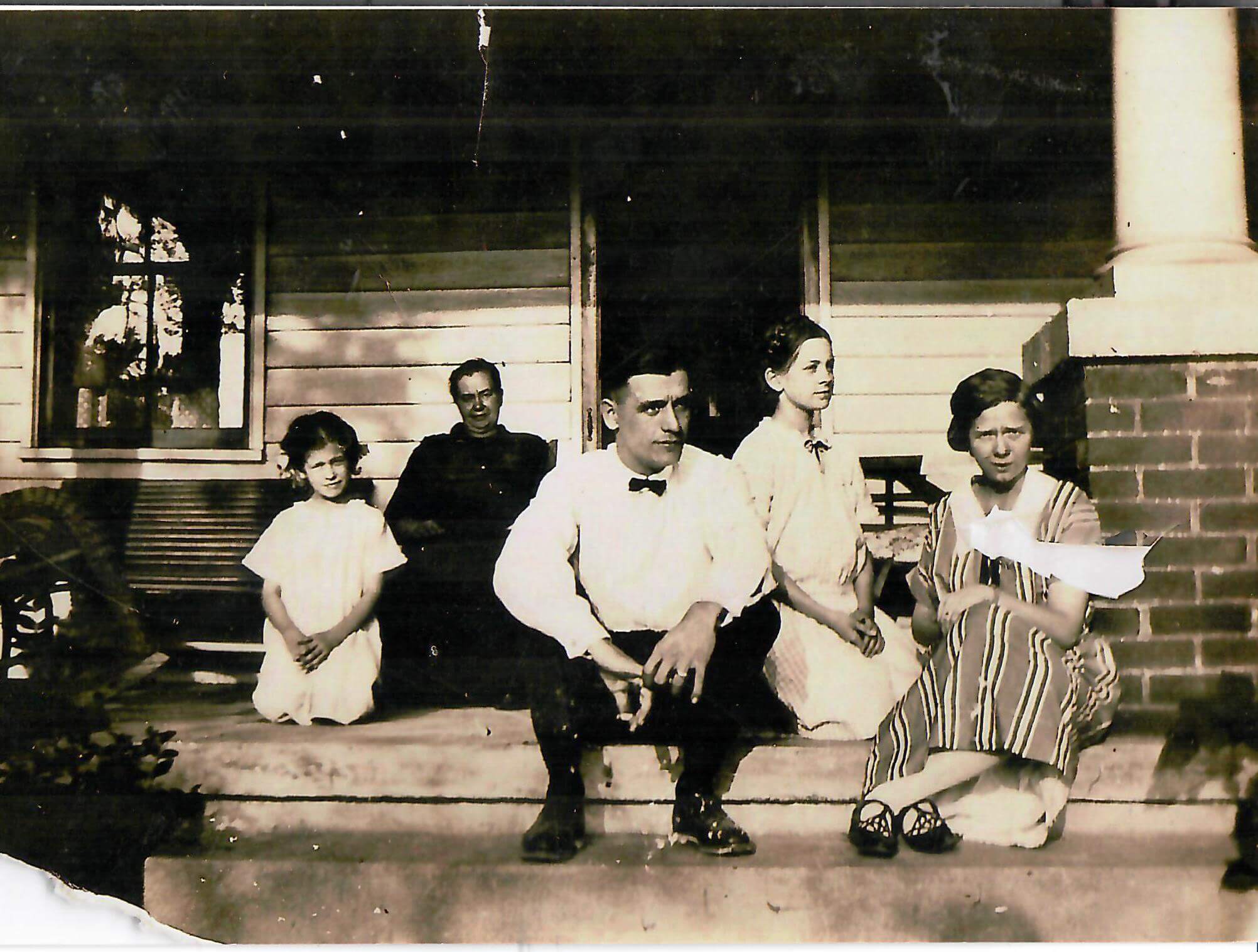 Once your ancestors registered they needed to be classified and assigned a draft status, which is found on the draft classification lists. These records haven’t been digitized and are only available onsite at the National Archives branch located in Morrow, Georgia. This branch is located in the suburbs of Atlanta. 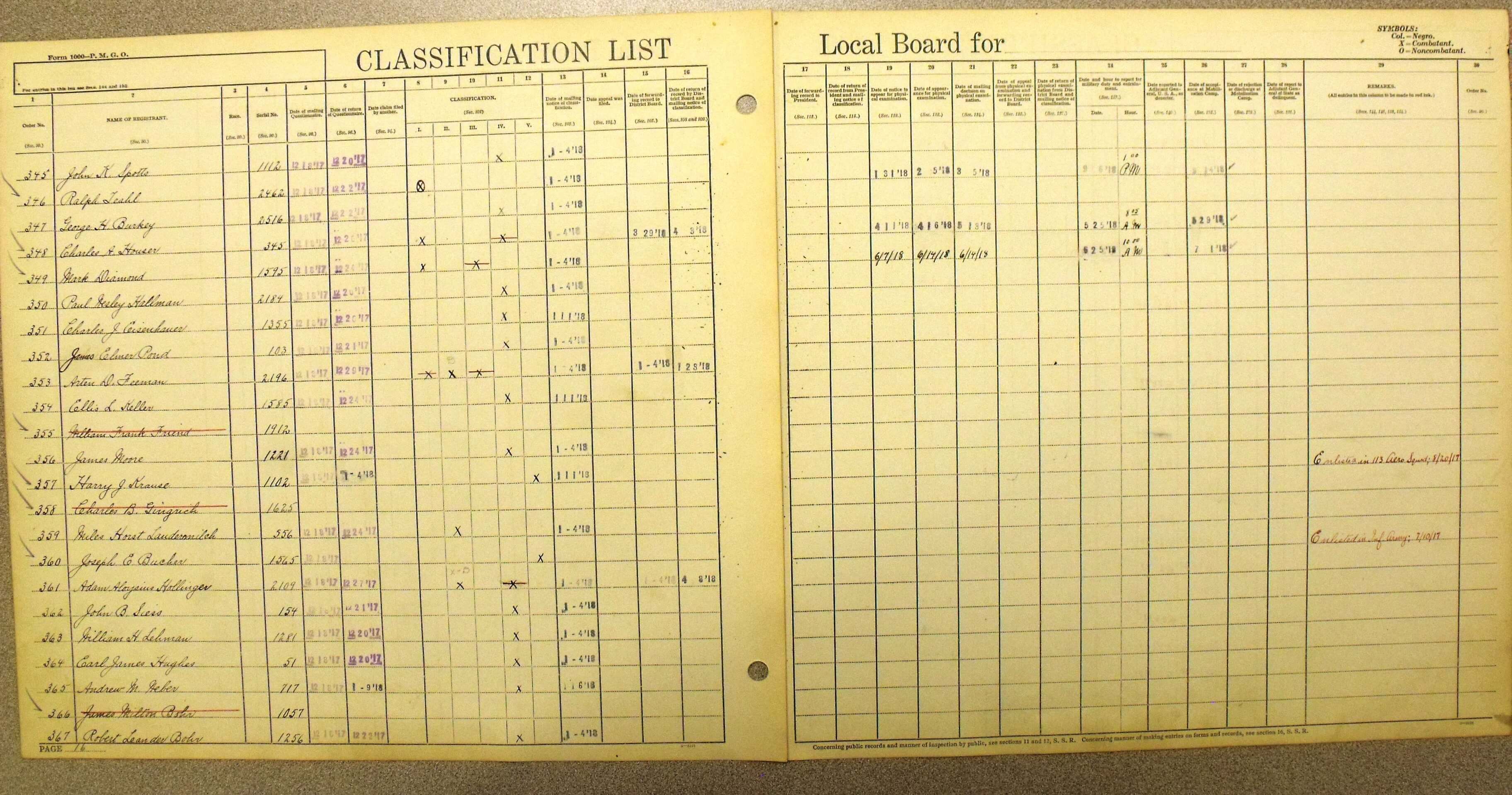 The records for World War I and the Selective Service are found in Record Group 163 at the National Archives. The Archives allows for email inquiries and for a modest fee they will copy the classification history of any ancestors you request.

To learn more about the regulations governing the Selective Service Act, click here to view the complete regulations for World War I at the Hunter College, part of the City University of New York (CUNY). It includes the complete listing of classifications and all of the forms filled out by the registrants.

Searches should also be conducted in the National Archives regional office located in College Park, Maryland. This is often referred to as Archives II. This office in one of the central repositories for other draft registration materials from World War I including:

The following link goes directly to their collection of records.

Other World War I Draft Records

As you can see there are a number of wonderful resources you can use to learn more about your ancestors during the World War I period. In addition to onsite and online resources already mentioned,  it is possible that you may have relevant papers in your own personal family collection. These can include the registration card that was given to your ancestor proving that he had registered for the draft. 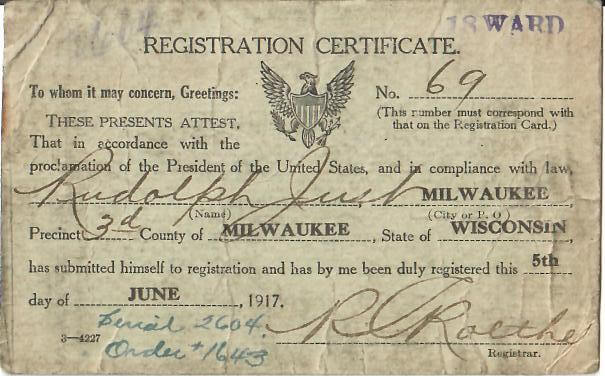 Also keep an eye out for the postcard that was mailed to him notifying him of the draft status. Here’s an example from Rudolph Just of Milwaukee, Wisconsin:

For a complete listing of all of the classifications for World War I through World War II and including post-war service for the Vietnam and Korean warm, contact the college at Swarthmore University in Pennsylvania. They have recorded each of the listings along with explanations. Once this is done, contact the Archives in College Park, MD to obtain other Selective Service records. All records are part of Records Group 147. 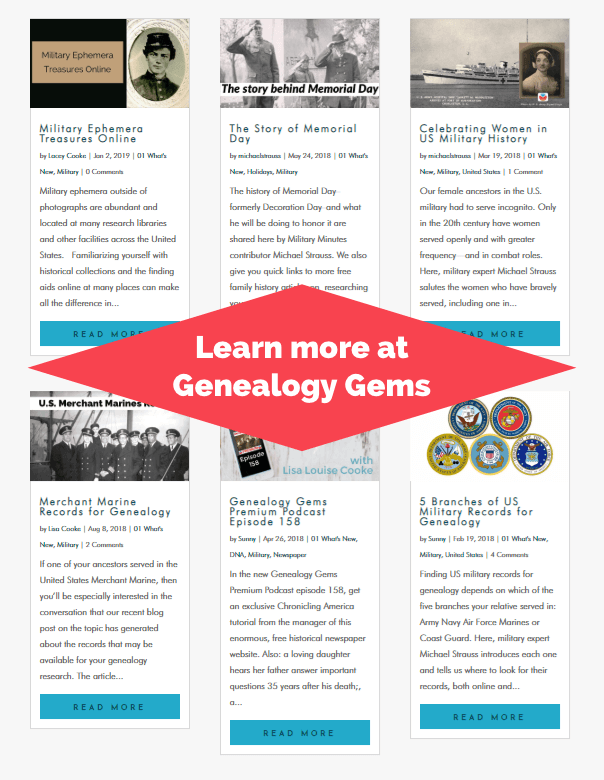 Resources for Learning More About World War I and Military History

Then, click the image on the right to head to our comprehensive collection of articles on military history.