An estimated 10 million living Americans and as many 35 million people worldwide have Pilgrim ancestors. So a new database of Mayflower passengers and their descendants at AmericanAncestors.org may prove helpful to a very large group of people! In fact, the new database was so newsworthy, USA Today even reported on it.

“The database contains authenticated information on more than 59,450 people in the fifth generation of the Mayflower passengers known to have descendants,” states the article. “That ‘fifth generation’ of descendants lived in the 1700s and 1800s, so the name you type in to search the database would have to be one of your ancestors who lived during that time.” 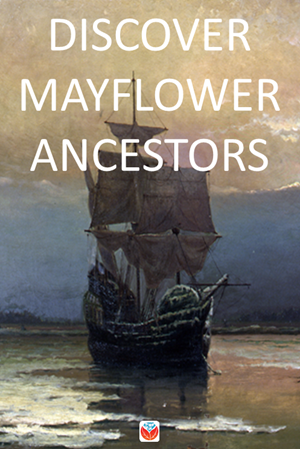 According to the New England Historic Genealogical Society, which runs subscription site AmericanAncestors.org, “The Mayflower Families Fifth Generation Descendants, 1700-1880 database features more than half a million searchable names….This exclusive database offers meticulous documentation for the fifth generation of Mayflower families who arrived in 1620 and left descendants….All information in the database is derived from the original printed books published by the General Society of Mayflower Descendants. These volumes are often referred to as the ‘Silver Books’ for their distinctive covers.”

This “largest online database of authenticated Mayflower passenger genealogies” is only available to full members of AmericanAncestors.org. You can try a 3-month all-access membership plan for $34.95.

Amateur newspapers from the 1800s

A new digital archive of 19th-century amateur newspapers is now available to patrons of subscribing libraries. According to a press release, these youth newspapers are “considered the social media of the 19th century and gives students and researchers a unique inside look at how teens and young adults of the period expressed themselves and their opinions to the world.” Ask a reference librarian at your favorite library or archive if they have access to this collection. Even if you can’t access it, if you like old newspapers, it’s worth reading this blog post with lots of great discoveries from the collection.

Two new databases may help you discover more about your ancestors who united with the Church of Jesus Christ of Latter-day Saints:

A new addition to the free website Utah Digital Newspapers is a complete run (1943-2006) of the Hill Air Force Base’s Hilltop Times newspaper. According to this Deseret News article, “The installation, which was founded shortly before the U.S. entry into World War II, went on to serve a critical maintenance and supply role during the war. The bombers that defeated the Axis powers in World War II — the B-29, B-25, B-24 and B-17 — were repaired, modified or maintained in some way at Hill Air Force Base.” The collection includes more than 61,000 digitized newspaper pages.

Genealogy Giant subscription website Findmypast.com continues to update the Periodical Source Index (PERSI). This comprehensive subject index to thousands of historical and genealogical magazines, journal articles, and periodicals is strongest for U.S. sources and can help you discover mentions of your relatives (and places or organizations associated with them) in sources you may otherwise never learn about. Findmypast is the exclusive online home of PERSI and has been adding digitized article images to the indexed entries. They’ve recently added over 13,000 more article images from:

Alabama. New at Genealogy Giant subscription website Ancestry.com is the collection, Alabama, Surname Files Expanded, 1702–1981. According to the site, “This database contains various records providing biographical information on individuals who lived in Alabama….Staff members at the Alabama Department of Archives and History (ADAH) started compiling these records on Alabamians in 1901. They include a variety of items and record types arranged by surname: newspaper clippings, obituaries, local and family histories, donated family research and records, extracts from censuses, research requests made to the archives, and other items. While ADAH staff began collecting and assembling these records in 1901, names of people included can predate this year.”

Georgia. We’ve reported in the past on individual updates to the Digital Library of Georgia. Now the entire website has been redesigned and relaunched. According to a press release, “The site connects users to a half a million digital objects in more than 700 collections from over 130 institutions and 100 government agencies.” Site visitors will now be more easily able to navigate the site, perform full-text searches, browse collections in different ways (including map browsing) and access virtual collections from several organizations. Click here to visit the new site.

Indiana. Most issues of The Southeastern Student, an early newspaper at Indiana University, are now available in digitized format online on the Indiana University Southeast Library Student Newspapers home page. The paper and its successors appear in a collection spanning 1947 to 2007.

Vermont. Millions of Vermont newspaper pages dating from the 1700s up to 1922 are now available online, thanks to a collaboration between the Vermont Secretary of State’s office and Newspapers.com. Access is free to Vermont residents and available to subscribers of Newspapers.com. Click here to learn more about accessing these newspapers.

West Virginia. Another of the Genealogy Giants, subscription site MyHeritage.com, has published West Virginia Death Index & Certificates, 1853-1964 with more than 5 million records. According to the site, “West Virginia death records between 1853 and 1964 include name, gender, date of death, age of death, and often other important information such as marital status, birth date, burial date, cemetery where interred, and details about the decedent’s occupation, spouse, father, and mother. The associated images in this collection, including copies of state-issued death certificates, should be examined to discover other information not present in the index. This index and images are provided by the West Virginia Division of Culture and History.”

Note: Many West Virginia vital records are free to explore here and are an incredibly rich resource, but the search interface is very limited AND it doesn’t include all data for all counties. According to the site, “Death records in West Virginia are withheld from the public for 50 years from the date of issuance but all extant state death certificates for individuals from all 55 counties dating from 1917 through 1964 are available. Additional records extending the collection from 1964 will be added as they become available.”

Even more US genealogy gems

If you’re a Genealogy Gems Premium eLearning member, you can listen to Lisa Louise Cooke’s new interview with Genealogy Giants guru Sunny Morton on an unexpected source for US newspaper content. This conversation is in Genealogy Gems Premium Podcast episode #160. Learn about millions of newspaper pages you may already have access to–and get step-by-step instructions for how to access it. Think you’d like to join our Premium eLearning community? Click here for more info. 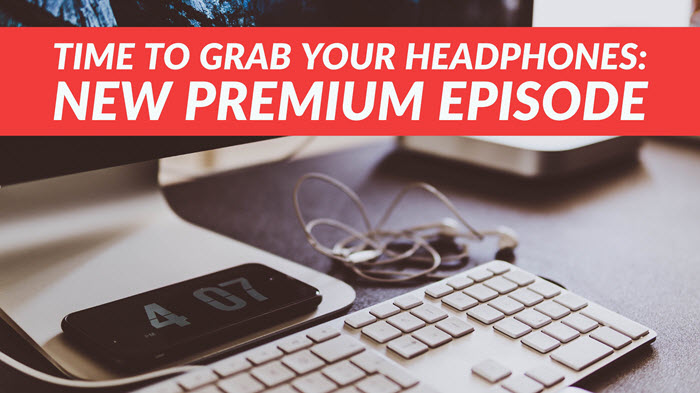