Tomorrow’s episode of Who Do You Think You Are? (WDYTYA) with Minnie Driver hits close to home–her own home. She’s not chasing stories of distant ancestors but of her own secretive father. And she doesn’t just imagine the lives of long-dead relatives: she meets living ones!

So here’s what I’m allowed to tell you ahead of time: Minnie’s parents split up when she was young because her dad was already married and had another family. She did know her dad, but he rarely talked about himself.  Her goal on the show is to learn what she can about him and pass on a family legacy to her own young child.

Using sources familiar to genealogists–live interviews, a birth record, census entries, a military history book and more–she learns how her dad’s World War II combat experiences in the Royal Air Force  affected the rest of his life. For the first time, she meets a relative on her father’s side of the family. In the process, she finds a kindred spirit in a family member she never knew about.

I can’t give away any more about Minnie Driver on WDYTYA, but I can share a couple of juicy by-the-way details:

Enjoy the episode! It airs tomorrow night, Wednedsay, August 27, 2014 on TLC. Find out more at TLC.com.

week’s episode of Who Do You Think You Are? features talented actress Rachel McAdams and her sister Kayleen. I caught a quick preview of it and it doesn’t disappoint! I won’t spoil it for you, but I’ll tell you that I especially love the “sister dynamic,” as they describe it. “We know different stories, we have different versions,” they say. Isn’t that the truth in all families?

I also love the story they discover about an ancestral servant in a grand home (you’ll love this if you’re a Downton Abbey fan!). Another peek into history unfolds their Canadian ancestors’ lives as British Loyalists during the Revolutionary War.

Here’s the description of this WDYTYA 2014 episode from TLC:

“Rachel McAdams and her younger sister Kayleen go on a journey together to unearth their maternal roots, since their mother knows so little about her history. First they follow the trail of their English grandfather’s family, and find an ancestor who sacrificed much of his personal freedom to support his wife and children. Then, while tracking their grandmother’s side, Rachel and Kayleen discover just how deeply connected they are to Canada and a pivotal moment in Canadian history.”

Airs August 6 at 9PM ET/PT on TLC. Tell us what you thought of the episode on our Facebook page after the show!

Advice for First-time Attendee to Who Do You Think You Are? Live in London

Recently I heard from podcast listener Julie, a New Zealander living in Kuwait. My podcast made her aware of Who Do You Think You Are? Live, the huge 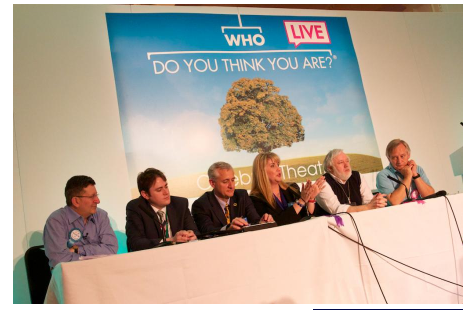 Here I am in last year’s experts panel

family history conference coming up in the U.K. in 2014. She’s bought her plane tickets but, she says:

‘I am overwhelmed! I have never been to any sort of family history event, fair, society meeting – this will be my very first one.  I’m not even sure which entry tickets I would be best to get – I am going for the three days but am wondering if a VIP ticket the first day might be a good way to get introduced and then get the two day ticket for the remaining days. With all the SOG workshops, DNA workshops, experts, the “Heirloom Detective,” exhibitors and so much more, I’m not sure how to get the most out of the three days.”

To anyone else feeling overwhelmed at the prospect of attending WDYTYA Live, let me see if I can be of some help:

RE: VIP Day – Since I have been a presenter the last three years, I didn’t deal with tickets. However, I can tell you that the most popular speakers do fill up (particularly the celebs). Also you can spend valuable time standing in line without reserved seats. So if you are keen to see particular talks and want to save time, then a VIP day would probably be really nice. If you’re willing to get in line early and wait, then you can certainly get in to just about any talk you want with pre-purchased workshop tickets. At least that’s how it seemed to me.

RE: Workshop vs Hall. While it would be easy to just spend all day every day in the workshops, in my mind it is the exhibit hall that is really special. They do the exhibit hall much better in London than they do here in the U.S.  It is huge, and exhibitors incorporate a lot of hands-on opportunities. You could easily spend one full day just on exhibits. I would allow at least 1/2 day for the “vendors” and 1/2 day for the “society tables” and fill the rest of my 3 days with lectures and workshops.

The photo specialists are extremely popular. Bring photos with you if you want them looked evaluated, but prepare to queue up for a very long time. (Perhaps get in line first thing one morning.)

Here’s one last important tip: be sure to follow the event blog and keep an eye out on the website as they tend to announce new and last-minute events right up until the end.

I hope that helps you all! And to Julie-from-New-Zealand-in-Kuwait: thanks so much for listening to the podcast! 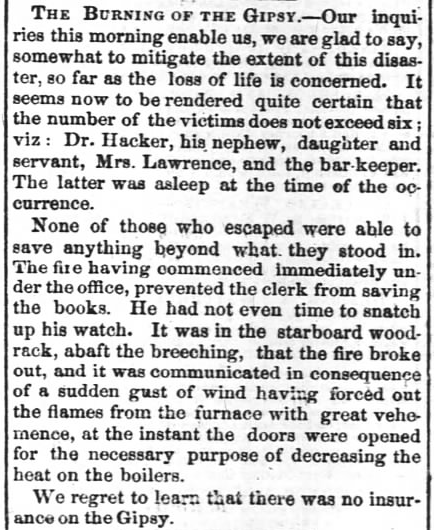