(This article includes affiliate links. If you decide to pick up a copy of this book, using our links for which we will be compensated by the book seller helps support our ability to bring author Q&A’s like this to your screen. Thank you!)

Click here to purchase your copy of The Sterling Affair 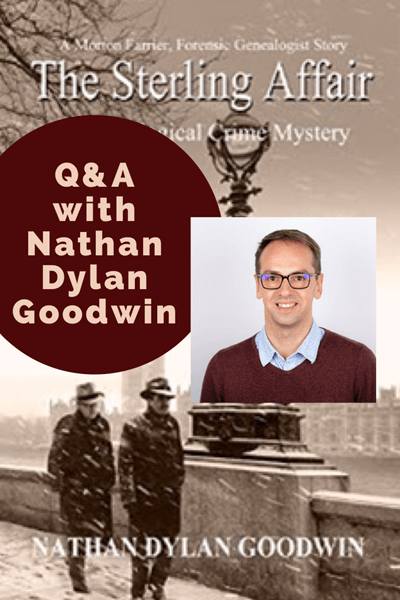 Goodwin sets the scene of his new book as follows:

“When an unannounced stranger comes calling at Morton Farrier’s front door, he finds himself faced with the most intriguing and confounding case of his career to-date as a forensic genealogist. He agrees to accept the contract to identify a man who had been secretly living under the name of his new client’s long-deceased brother.

Morton must use his range of resources and research skills to help him deconstruct this mysterious man’s life, ultimately leading him back into the murky world of 1950s international affairs of state.”

Don’t worry, we won’t be spoiling the exciting read you have ahead of you. Today I will be chatting with Nathan about his life as an author, his writing process, and how the main character, Morton Farrier, almost didn’t make it past the first book!

Lisa Louise Cooke: The Sterling Affair is your eighth novel in the Morton Farrier genealogical crime mystery series. When you first began writing the series did you imagine an eighth book?  And today can you imagine even more?

Nathan: I literally had no concept that there would be so many books in the series! At first, it was written as a one-off, then I started to have ideas for two or three more.

I think when I wrote book three, The Orange Lilies, I knew that the series had plenty more scope, especially as DNA-testing was just beginning for genealogists, opening up a whole new world of potential storylines! As to the future of the series, I’m currently plotting books nine and ten. I don’t see an end to the series just yet!

Lisa Louise Cooke: I heard you speak at THE Genealogy Show conference in Birmingham England in 2019. In that presentation you told the audience that you almost killed off Morton at the end of the first book. I imagine you’re glad now that he survived. What exactly happened back then?

Nathan: Killing Morton would have been the most stupid thing I could have done!

I started writing Hiding the Past (the first book in the series) as part of my studies for a Master’s Degree in creative writing and I think I’d been reading a novel at the time, which went along the lines of ‘if you’re reading this then I’m dead’. I thought this angle might work for the first draft of my story but thankfully, as the book progressed, I was able to see several plotlines, which could continue into further stories.

I knew from the outset that I wanted the main character, Morton Farrier, to have been adopted and be totally unaware of his biological family, so there was plenty of scope there to continue that subplot in future books.

Lisa Louise Cooke: How has the advent of DNA testing changed the course of your writing?

Nathan: DNA-testing has completely changed the course of my writing—in a good way, I like to think! There are now so many more possibilities for Morton to solve his cases in different ways.

Morton took an Ancestry DNA test back in 2014 when it had not yet even become possible in the UK. He did what I had to do, which was to order one in the US and have a friend ship it over, then post it back to the US for testing and analysis!

From that point onwards, DNA has played an ever-increasing role in helping Morton to solve his cases. In the most recent book, The Sterling Affair, Morton uses a variety of real tools and websites which are familiar to genealogists.

Lisa Louise Cooke: When you start a book like The Sterling Affair, do you already have it well mapped out, or are there surprises even for you along the way as to the path it will take?

Nathan: I usually spend at least three months conducting research for the books. This involves reading, visiting record offices, libraries, churches, etc. Basically, anything which Morton does in the book, I do first. 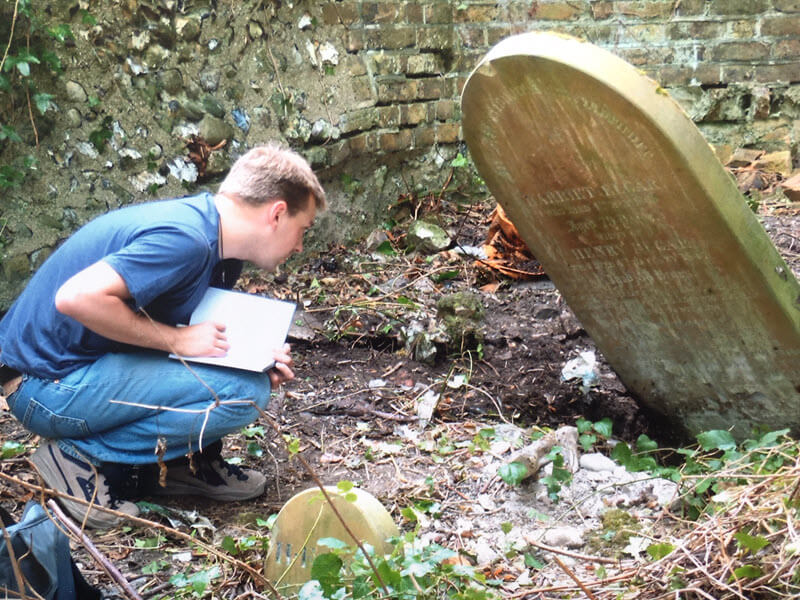 At the point when I actually start writing I probably have about 60% of the storyline mapped out. It’s a big cliché to say so, but for me the characters really do come to life and do things which I hadn’t anticipated. For the first few books I found it a little unnerving to be starting to write something that I didn’t know pretty well 100% what was going to happen, but now I trust myself and I know I’ll get to the end if I let the characters lead the way!

Lisa Louise Cooke: Where do you get your inspiration for the story lines in your books?

Nathan: My ideas come from a variety of sources, but never by actively searching for the next story; I just seem to stumble on a nugget of an idea, which I think could make for an interesting genealogical crime mystery and make a note of it! It can be a news story involving history or genealogy in some way, something I’ve picked up from a family history publication, or a Facebook group where people share their own genealogical mysteries.

Increasingly, the books have more real-life characters, plotlines and locations. For example, The Spyglass File, which is set on the frontline of Kent during the Battle of Britain, was loosely based on my grandmother’s story, whereby she gave birth to an illegitimate child in 1943, whom she put up for adoption whilst my grandfather was a POW in Thailand. 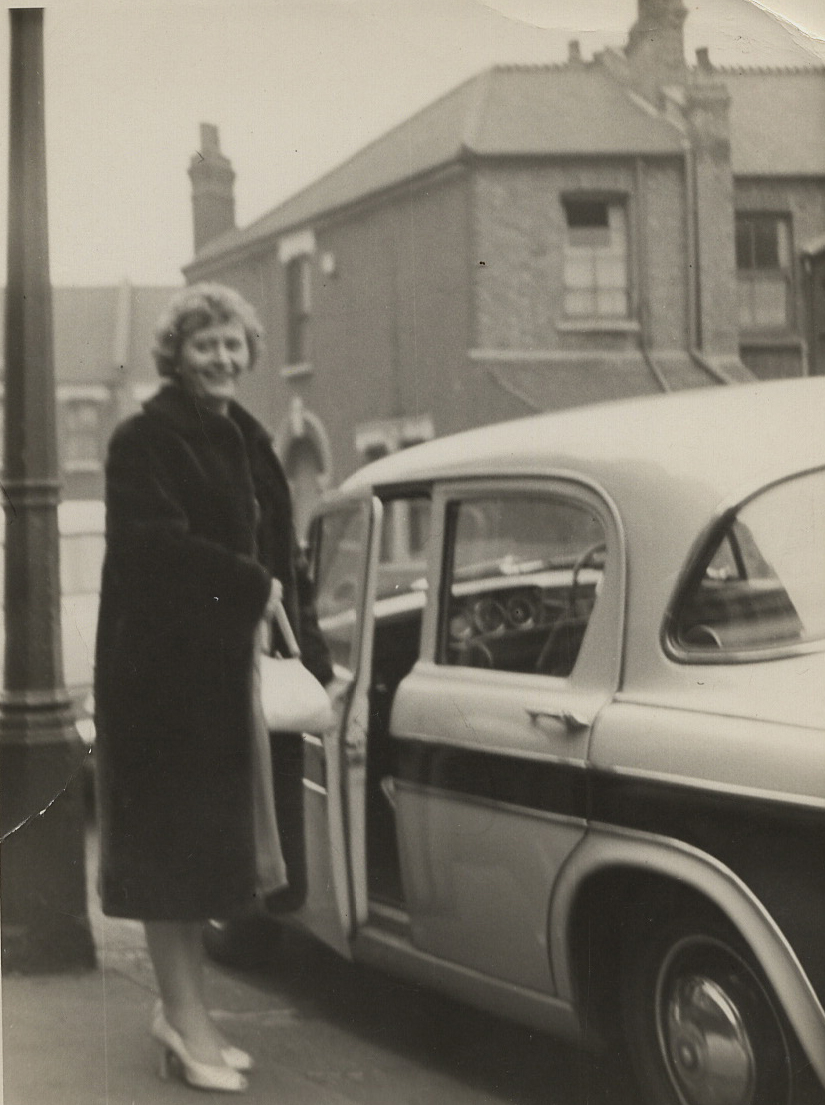 The Sterling Affair is based on nefarious goings-on during the 1950s and involves real undercover MI6 operations and real spies. The idea for this story came from the National Archives newsletter, which mentioned the release of some previously closed MI6 records. This got me thinking about someone trying to conceal their real identity and Morton having to use his skills to work out who he might be!

Lisa Louise Cooke: For those new to your books, they will see that this is the eighth novel in the series and wonder if it’s too late to join in. Can the book be read and enjoyed as a stand-alone novel?

Nathan: I always say that the books can be read as a stand-alone, but you would be missing out on Morton’s backstory. However, with The Sterling Affair there is not too much given away about his own past, so, of all of the stories, this is the most readable out of sequence!

Lisa Louise Cooke: When you’re not writing about Morton Farrier, what is your favorite way to spend free time?

Nathan: I’m not sure what you mean by ‘free time’!? Obviously, I spend a lot of time on genealogy. I’ve been researching my own family for thirty years now and I feel very fortunate to be able to combine my two loves of writing and genealogy. Aside from that, I enjoy reading, running, skiing, theatre and spending time with my family, friends and dog.

Lisa Louise Cooke: You’re a man of many talents. Do you have other “wishlist” projects you yearn to do in addition to writing? 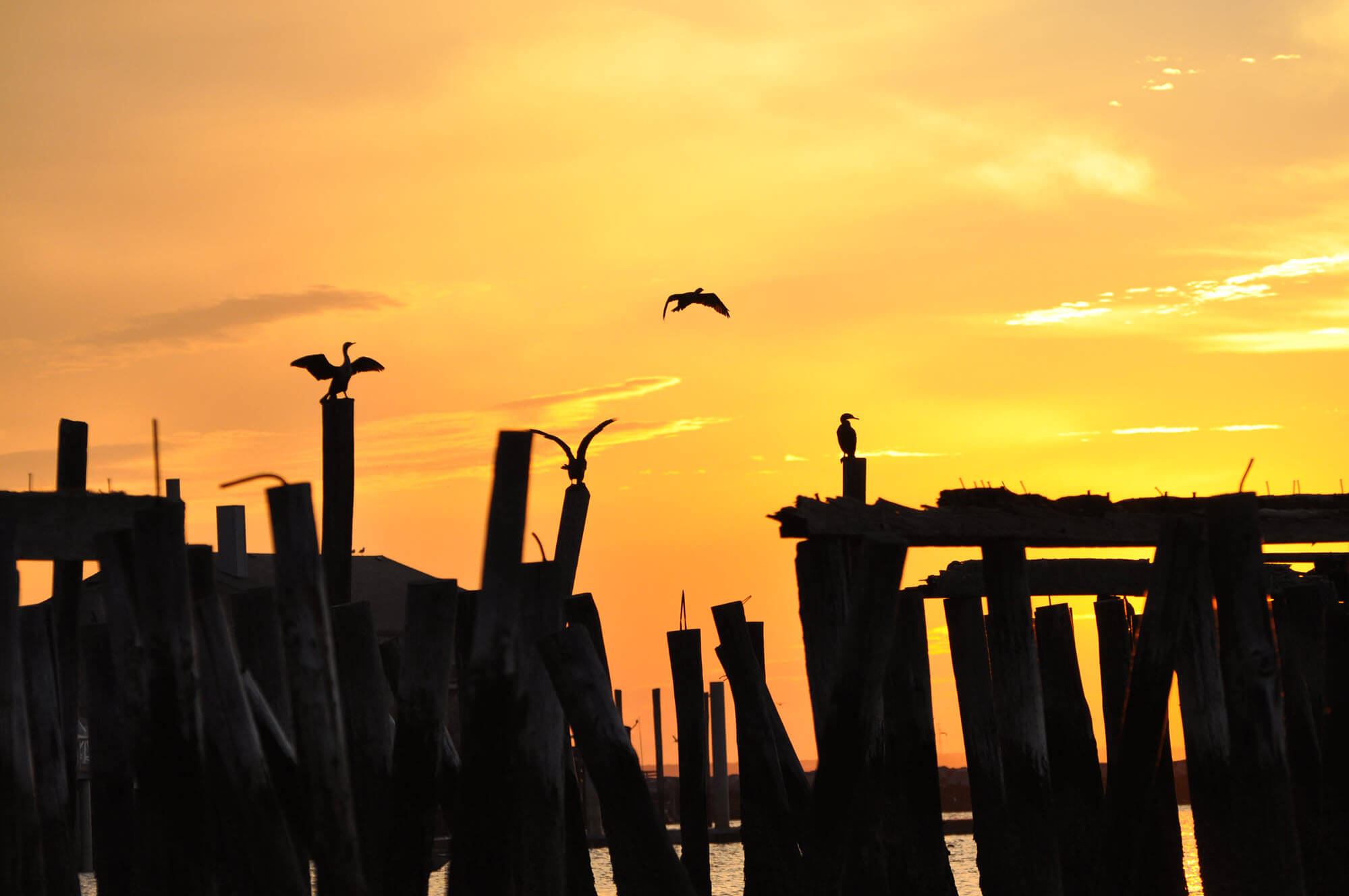 A man of many talents – Photography by Nathan Dylan Goodwin

Lisa Louise Cooke: I’ll be at RootsTech again this year. Will we see you there?

Nathan: I shall have a booth at RootsTech SLC this year signing books and also at THE Genealogy Show in Birmingham once again. So people can come and say hello and let me know what they think of my stories. I love chatting with my readers!

Catch up on the Morton Farrier